Getting the host nation on board for UEFA Euro 2016.

In 2016, UEFA staged its 15th European Championship football tournament in France. For the two months preceding Euro 2016, UEFA wanted to build anticipation and excitement amongst fans not just within the 10 French cities hosting the 51 matches but throughout the country to maximise the opportunity of staging such a prestigious sporting event.

Working in collaboration with SNCF, the national transport partner to UEFA, Space was tasked with transforming a specially commissioned train into an immersive and memorable fan experience that visited 25 cities across France over a 62-day period. Five bespoke carriages, each featuring interactive technology, took 107,000 visitors on an unique UEFA experience reflecting different aspects of the tournament; the trophy, the stadia, the memorabilia, the mascot, the song.

The first carriage was built to reflect the Stade de France, the venue of the final, complete with crowd noises, camera flashes and The Henri Delaunay trophy. Over 80,000 people took the opportunity to download their photo next to the official trophy. Official memorabilia from every past tournament featured in the next carriage which was designed as a changing room.

For younger fans, the third carriage paid homage to Super Victor, the official mascot, where a bespoke wind chamber allowed fans to capture a picture of themselves flying with him. A hologram of David Guetta, renowned DJ and performer of the official song of UEFA Euro 2016, greeted people to his “studio” in the fourth carriage. Inside this studio, fans could win match tickets by performing the official song in one of eight recording booths and become one of one million voices to feature on the finished track. The fifth and final carriage was allocated to official broadcasters which included a VR experience, table football and meet and greet opportunities with French football legends.

Throughout its 62-day journey, PR support and social content extended the media reach of this UEFA Euro 2016 experience to over 105 million people.

This highly immersive and interactive fan experience was the ideal kick-off to UEFA Euro 2016. 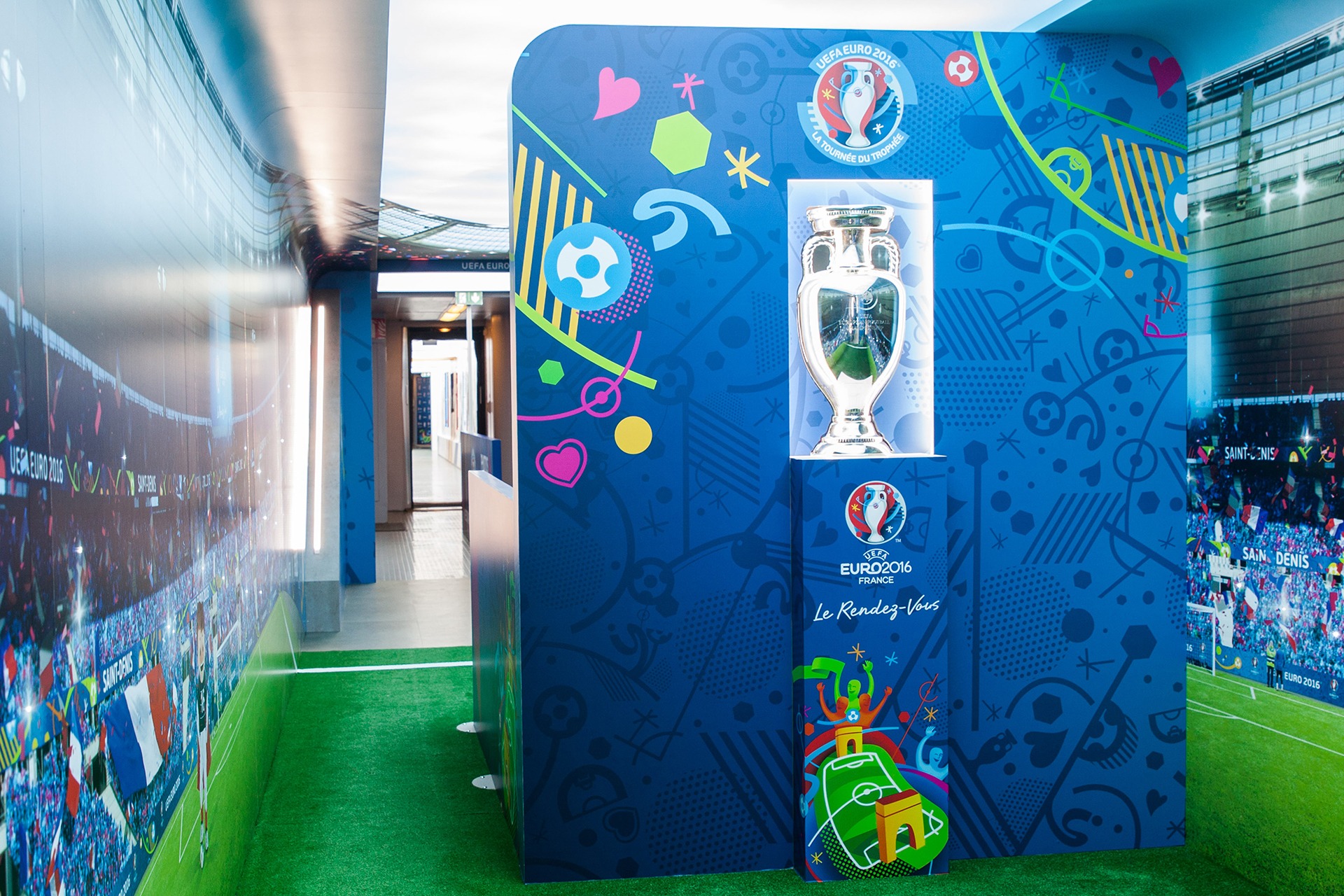 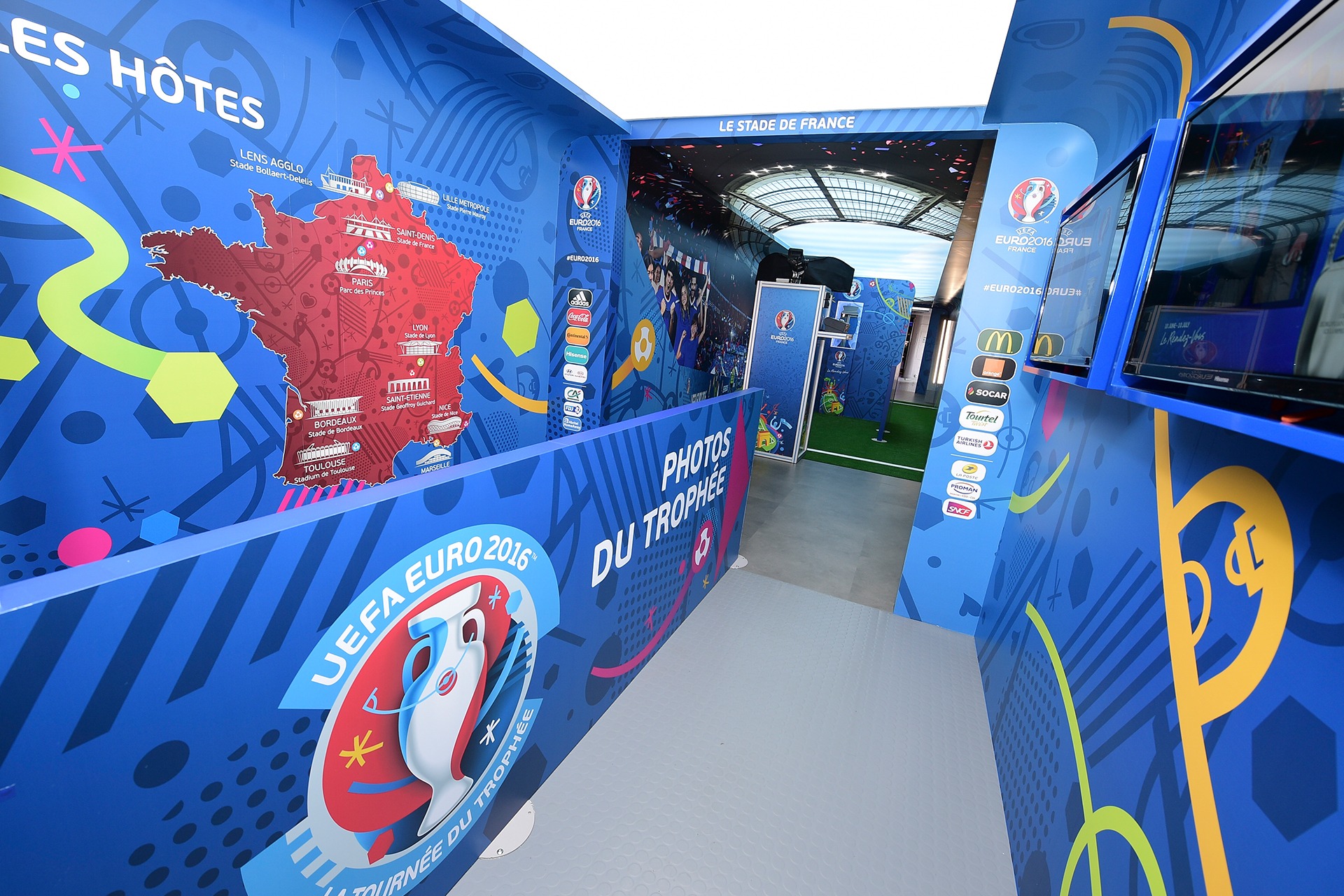 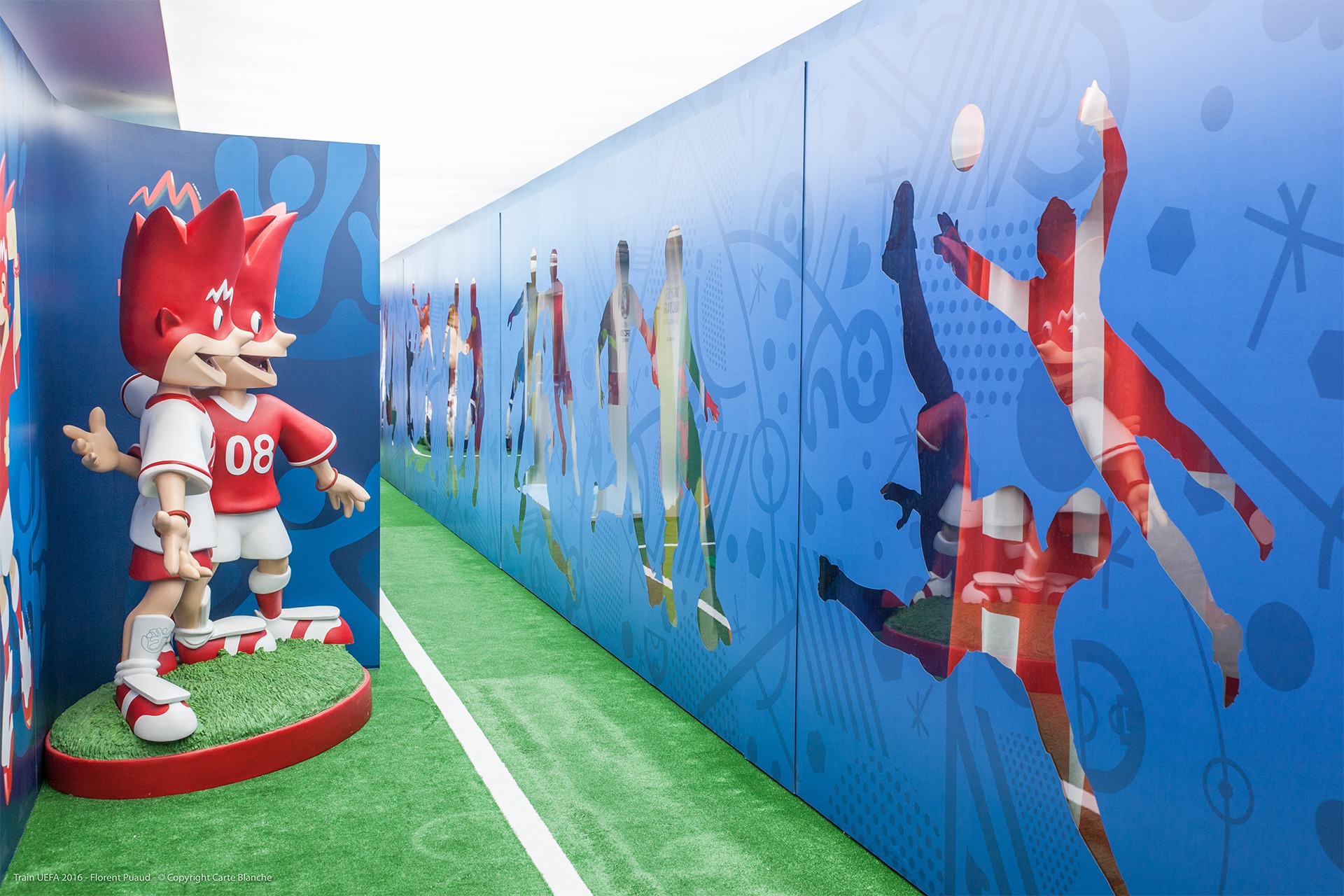 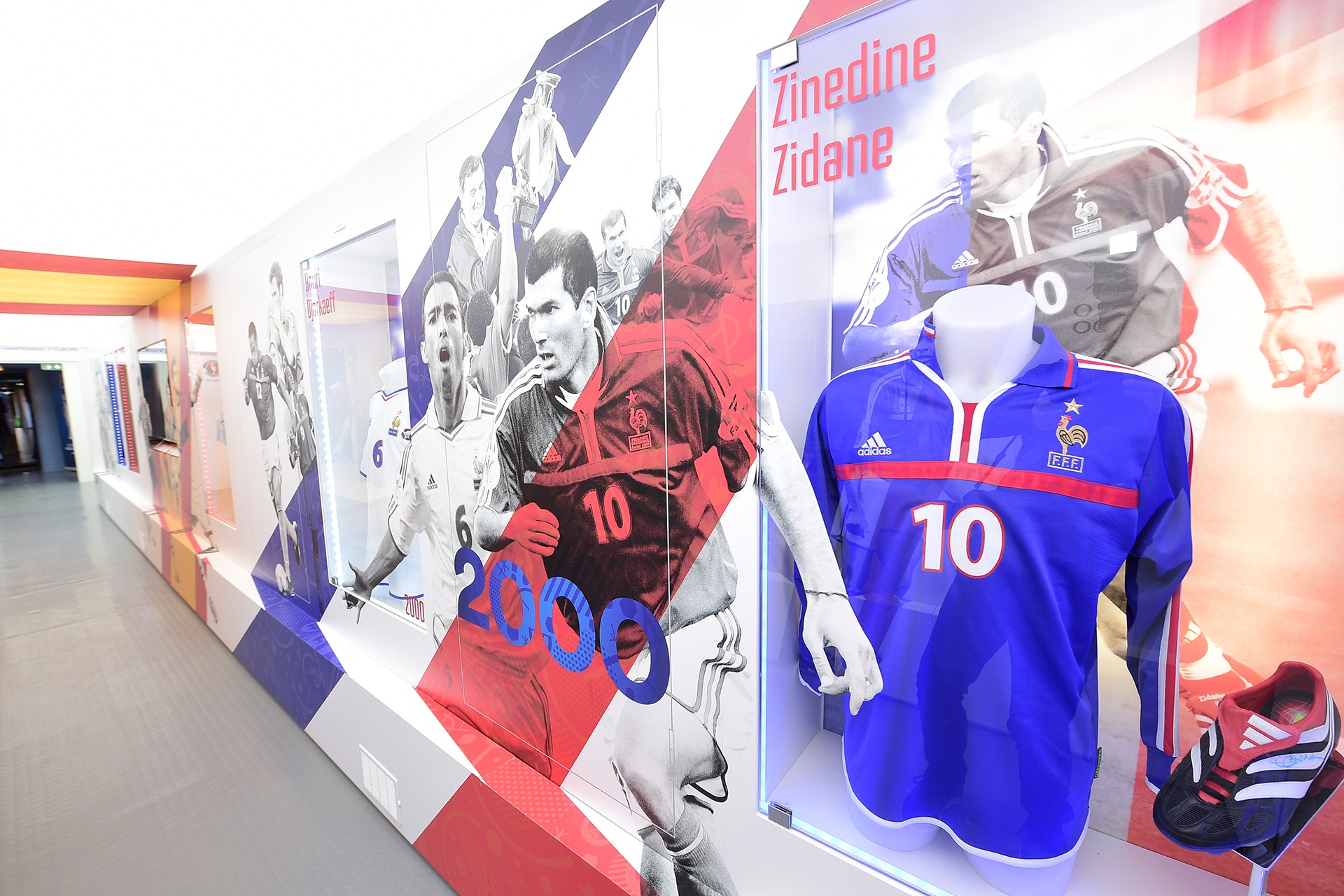 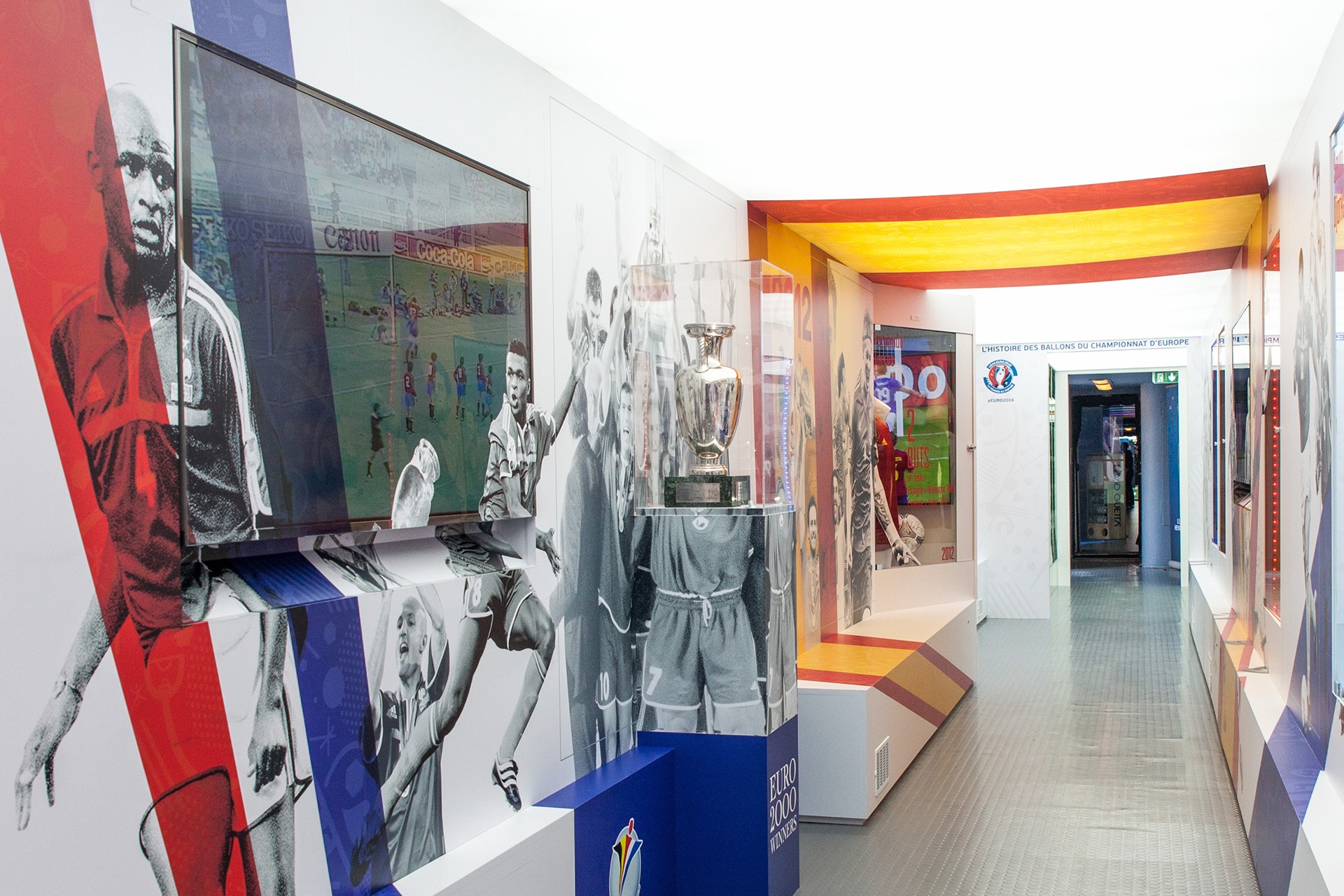 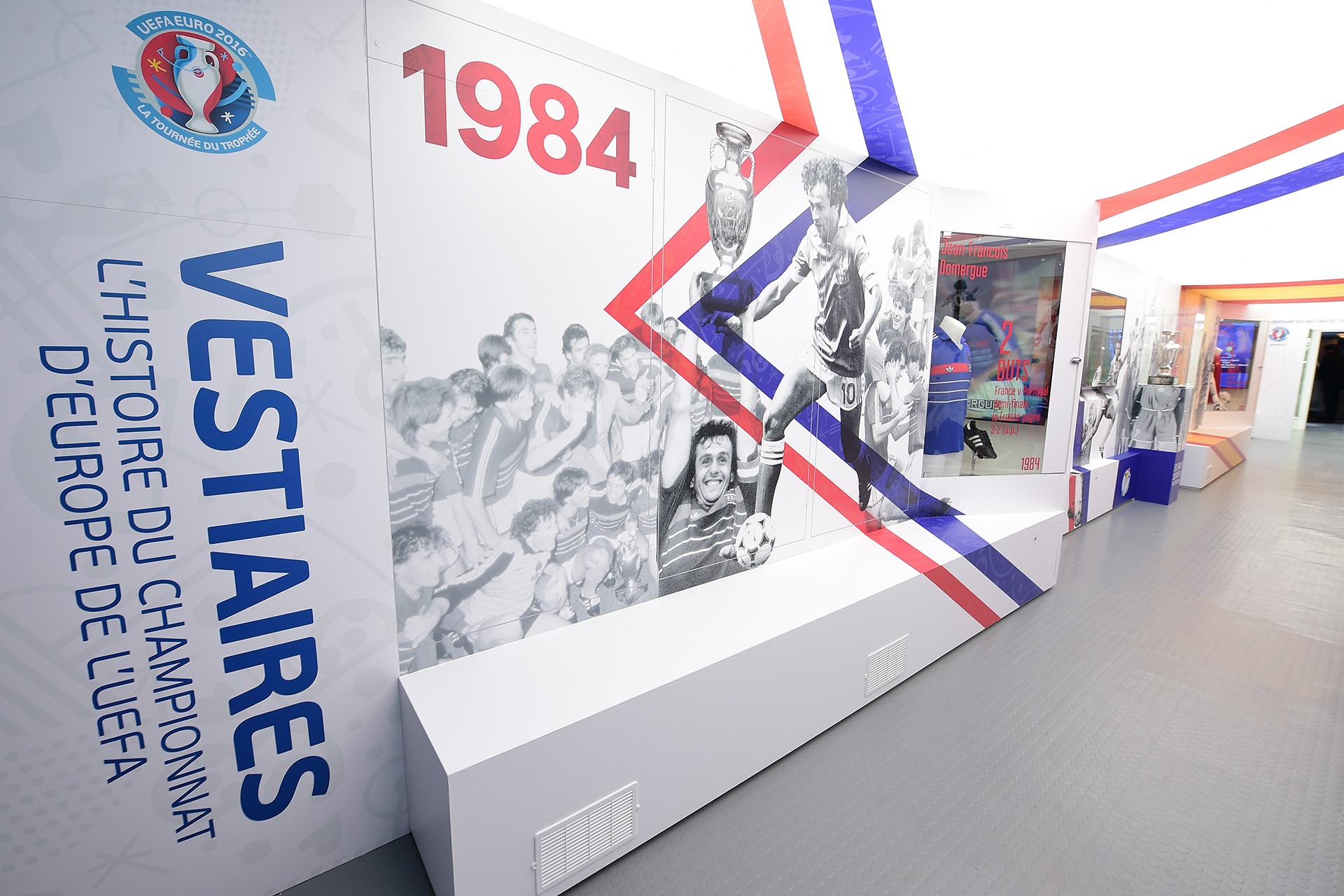 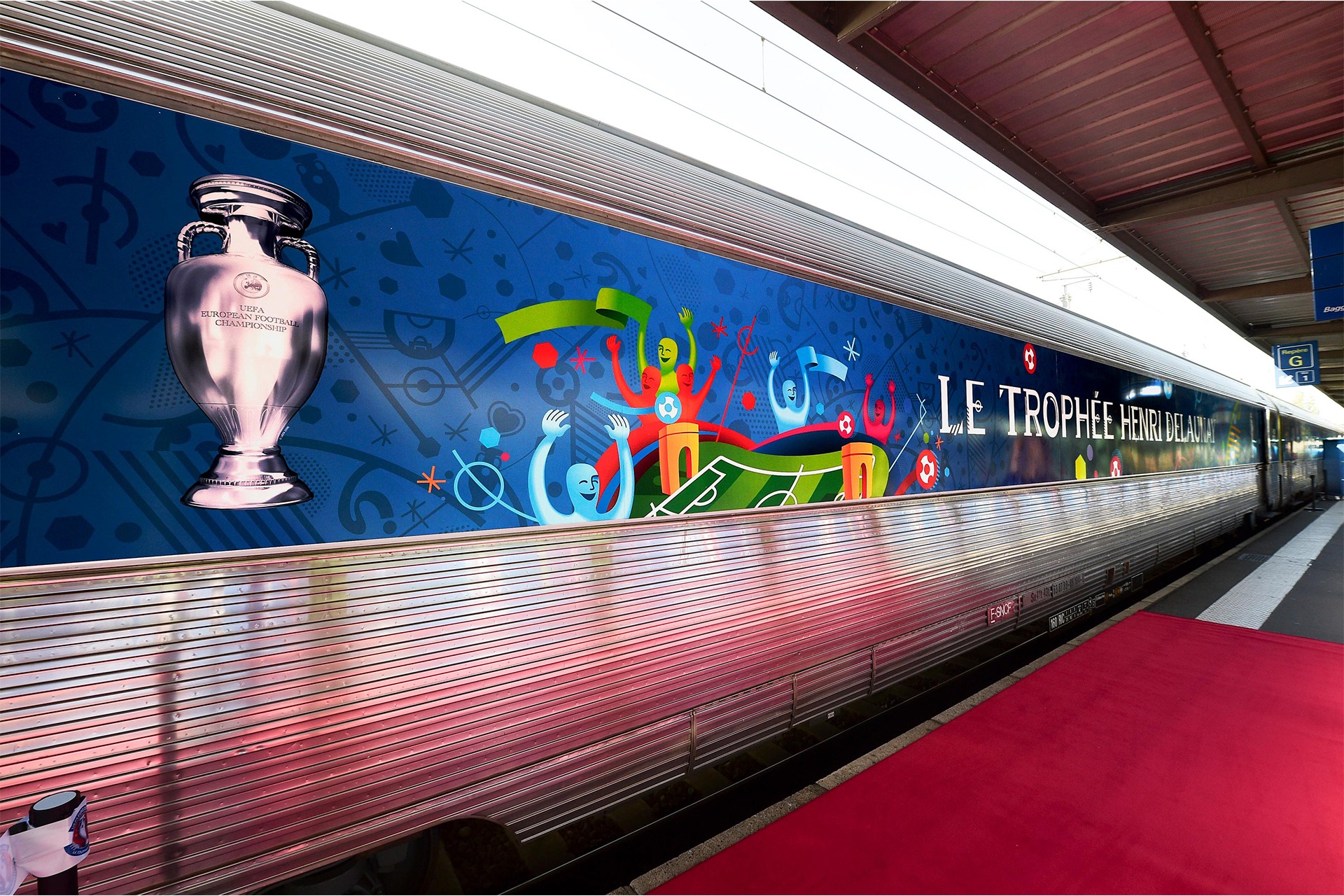 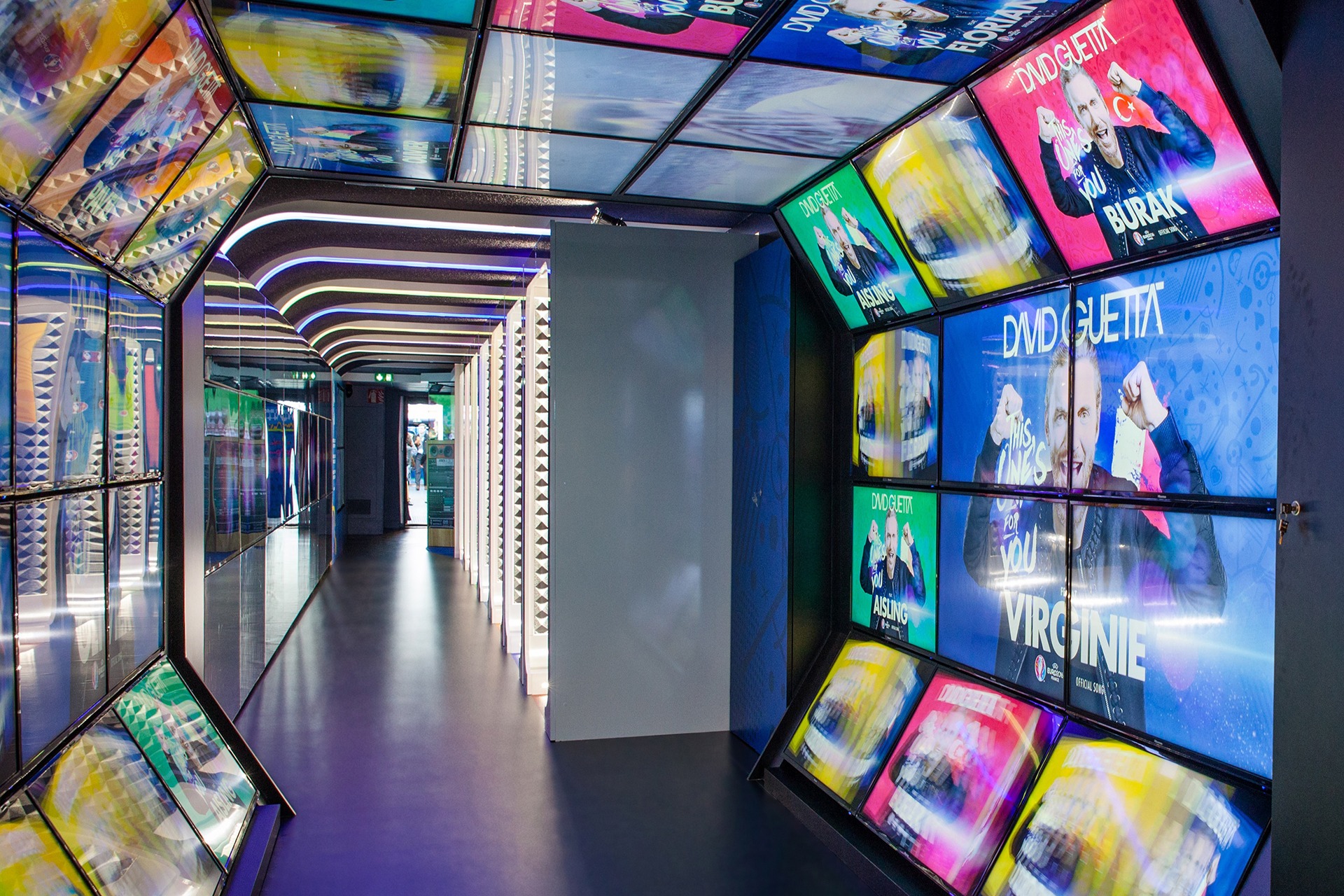 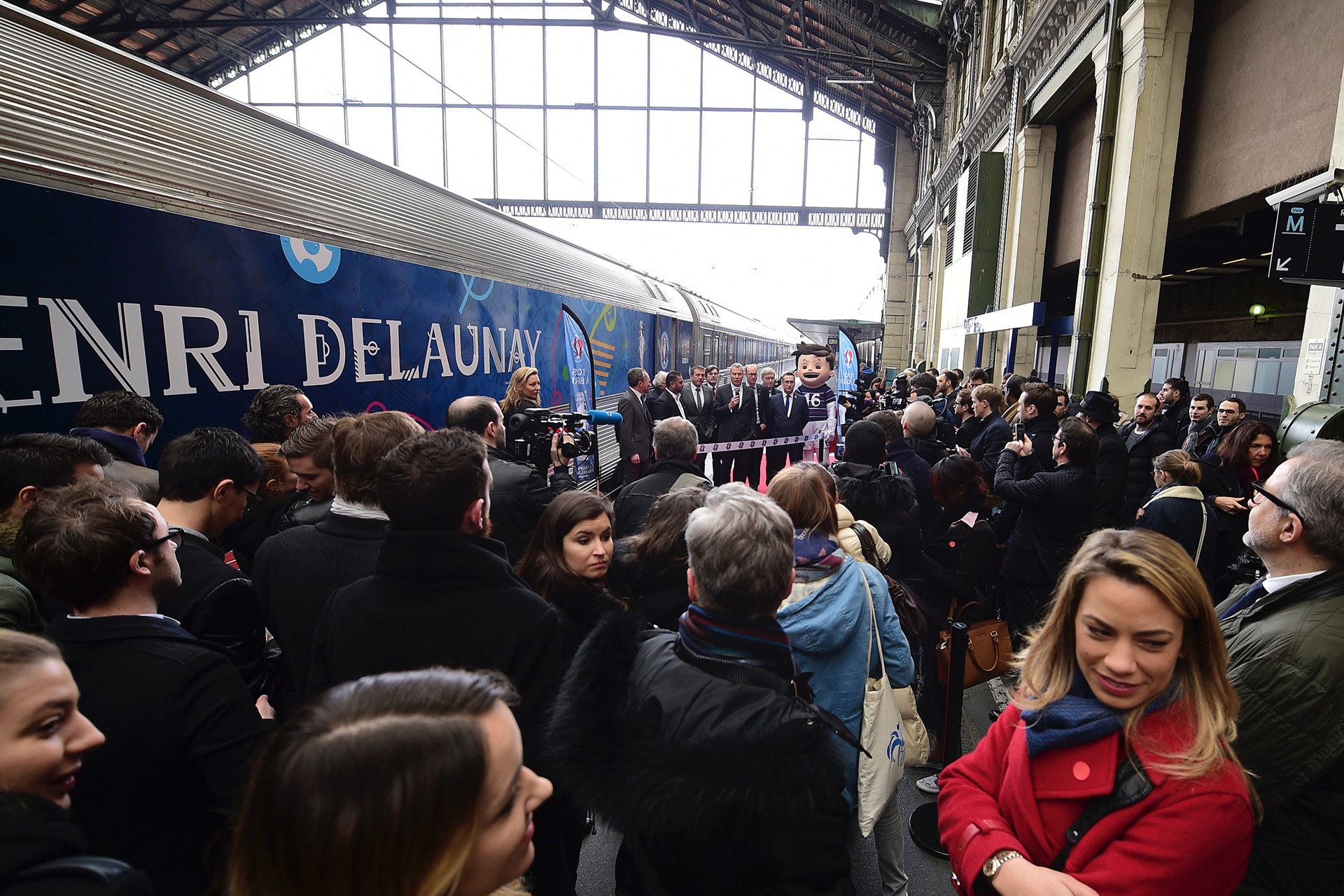