Going beyond convention with a 75-second advertising experience.

Hendrick’s Gin, pioneer of the premium gin category, was facing increased competition. With over 110 new gin brands launched the previous year, drinkers were overwhelmed with choice so Hendrick’s Gin needed to reassert its credentials by communicating its unique product attributes and distinctive brand image to stand out amongst the clutter.

Oddly infused with rose and cucumber and set in a surreal Victoriana brand world, Hendrick’s Gin delights in the unusual. So, we created a spectacular physical manifestation, at scale, of its global brand idea, “Escape the conventional and Embrace the delectable”, by transforming a mundane everyday environment, a London underground station tunnel, into a “Portal to the Peculiar”; a media statement and sensorial advertising experience like no other.

Over a two-week period, more than 400,000 people at King’s Cross station escaped their daily commute and travelled through a 74-metre long immersion into the delightfully unusual world of Hendrick’s Gin; a visual treat featuring 20,476 rose petals, 519 cucumbers and all manner of curious Hendrick’s characters.

And, to heighten the senses and communicate the brand’s unique liquid infusion, we placed 20 rose and cucumber scented 12-sheet posters throughout the tunnel to add to the experience.

Connecting the mainline station and the Piccadilly line, the tunnel comprised of over 1000 sq. metres of vinyl and included the longest floor wrap in the UK and the first ever OOH placement to feature both floor and wall graphics.

Delivering over 7m impacts and taking 75-seconds to walk through, this media-first Hendrick’s Gin King’s Cross tunnel takeover was a highly distinctive and memorable advertising experience. It prompted commuters to go out of their way to see it and share it on social media whilst Lonely Planet even listed it as a must-see destination in London. 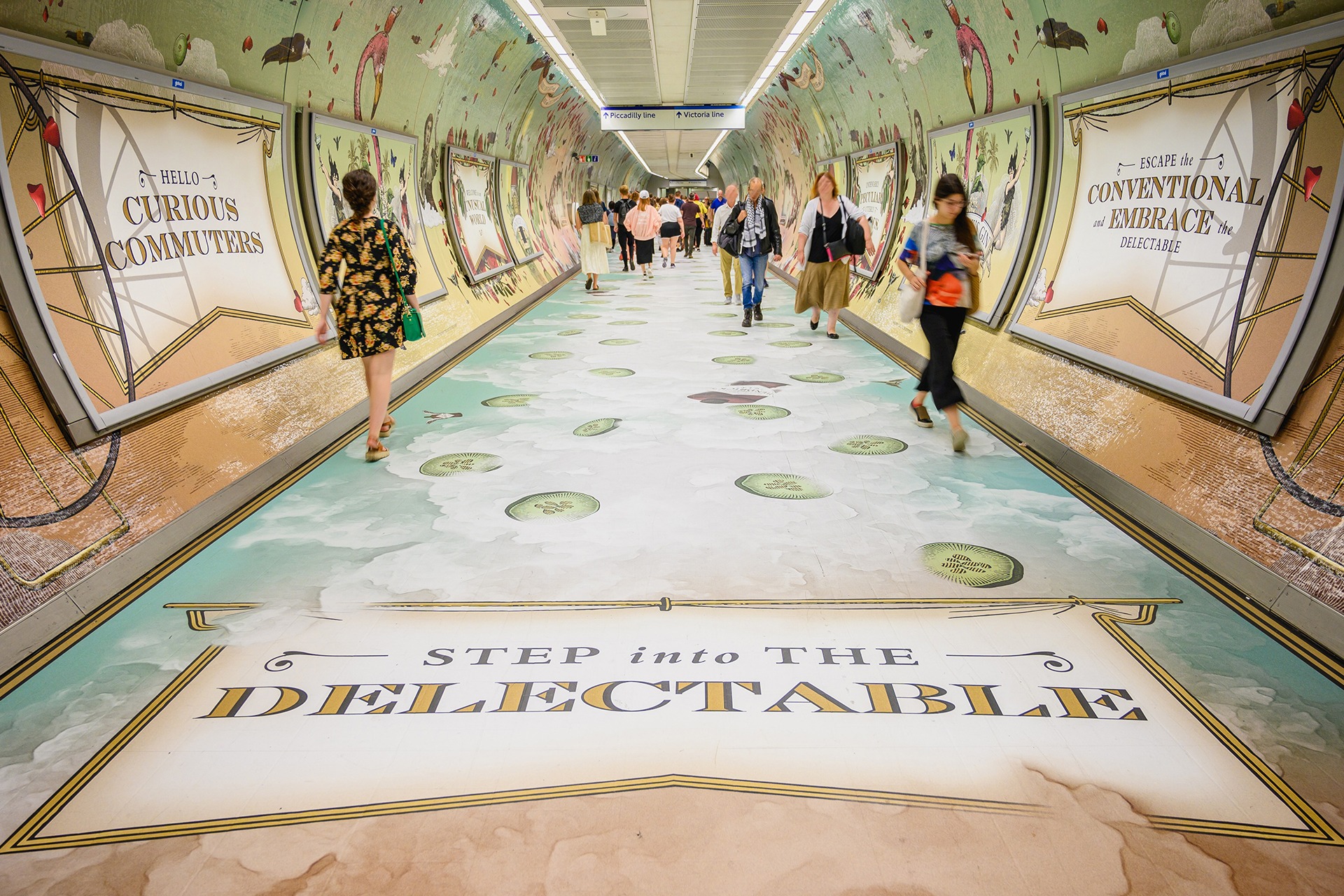 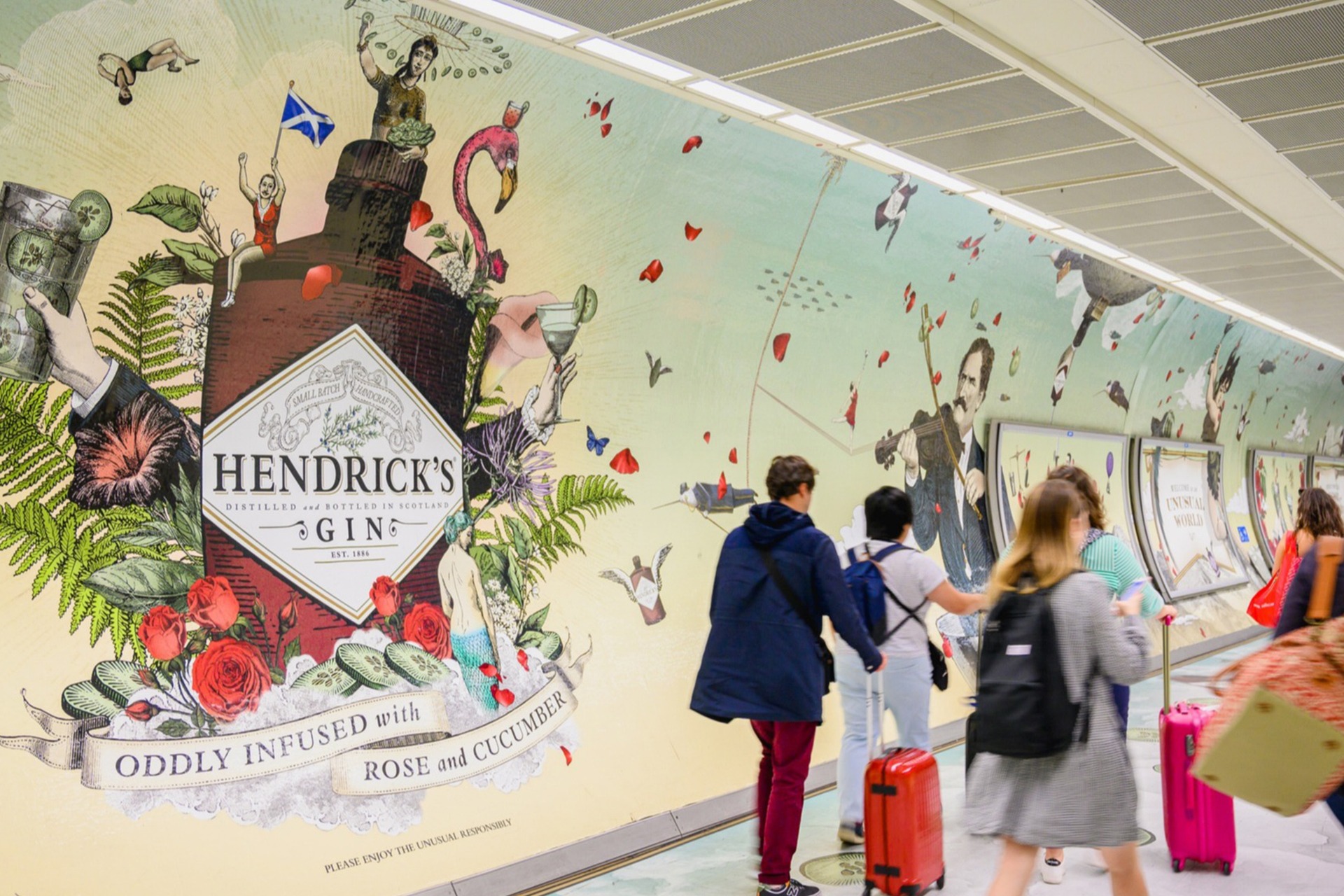 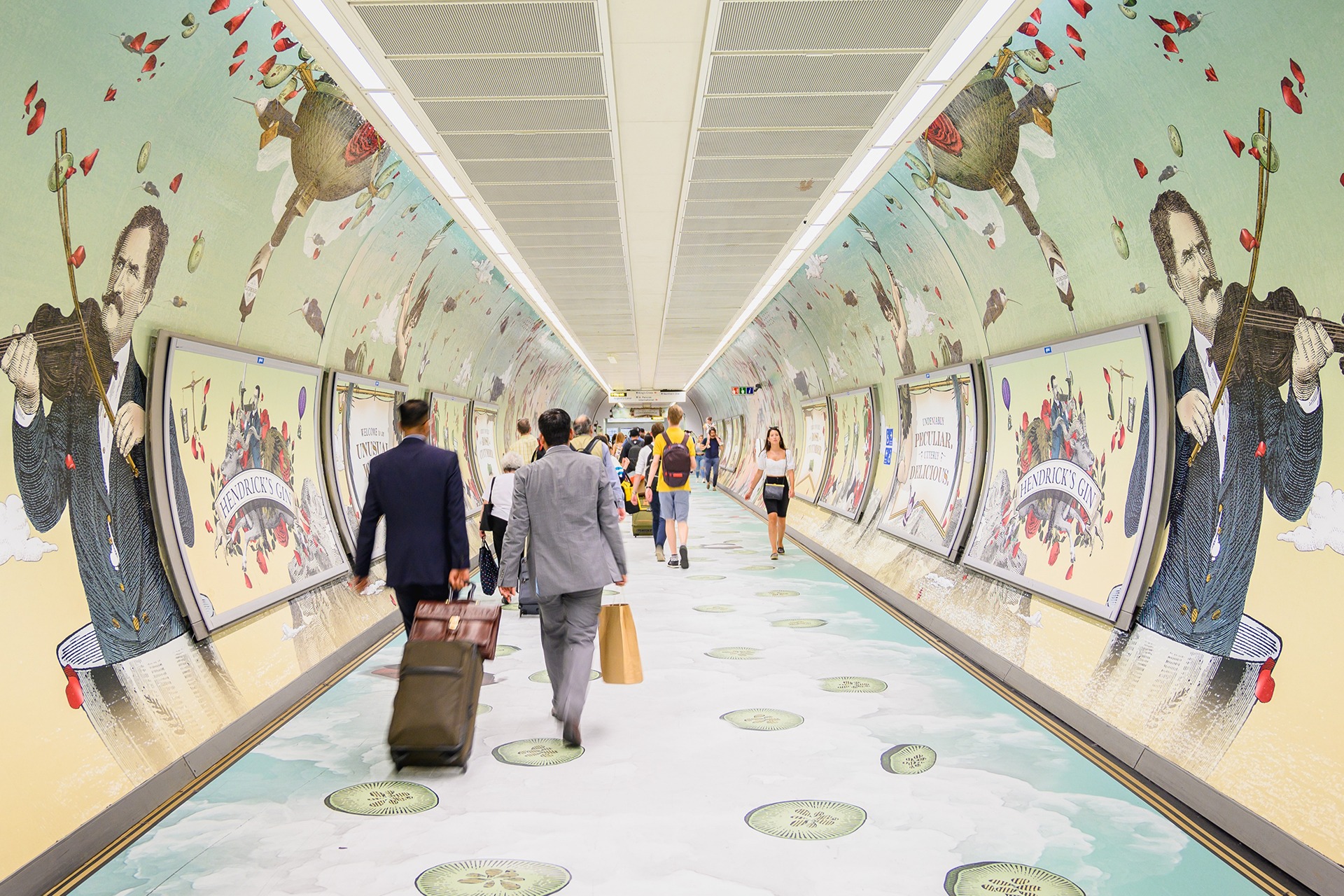 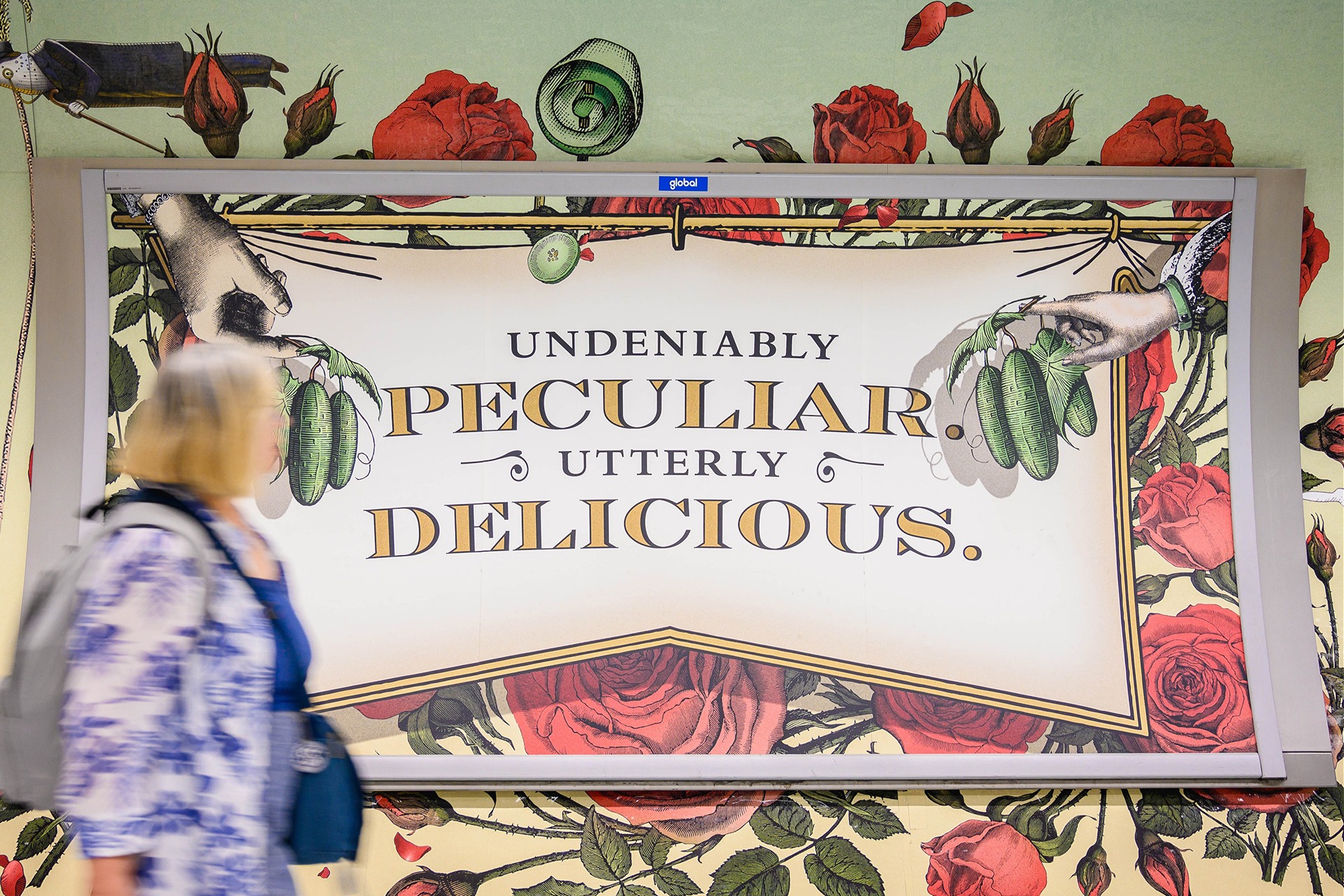 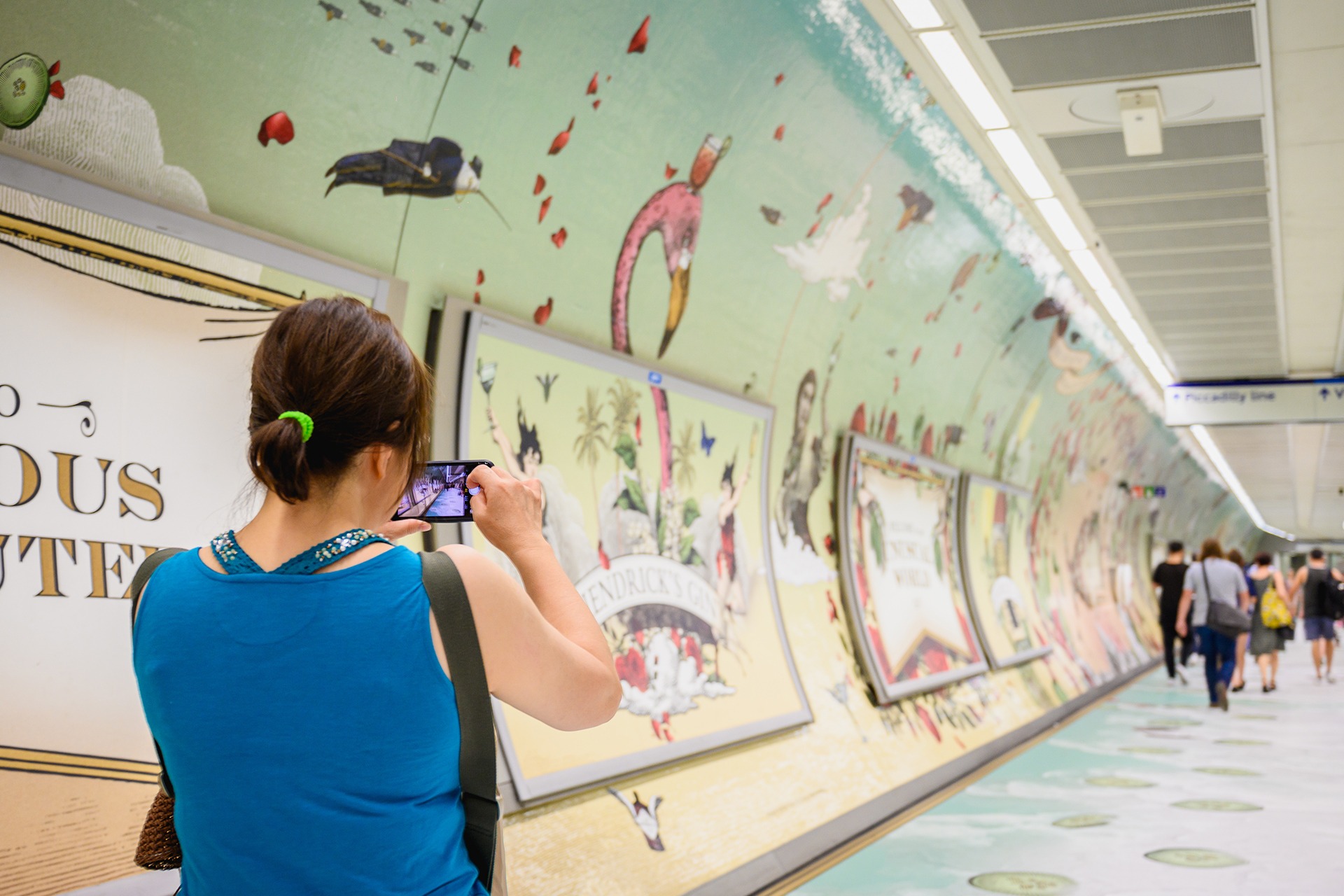 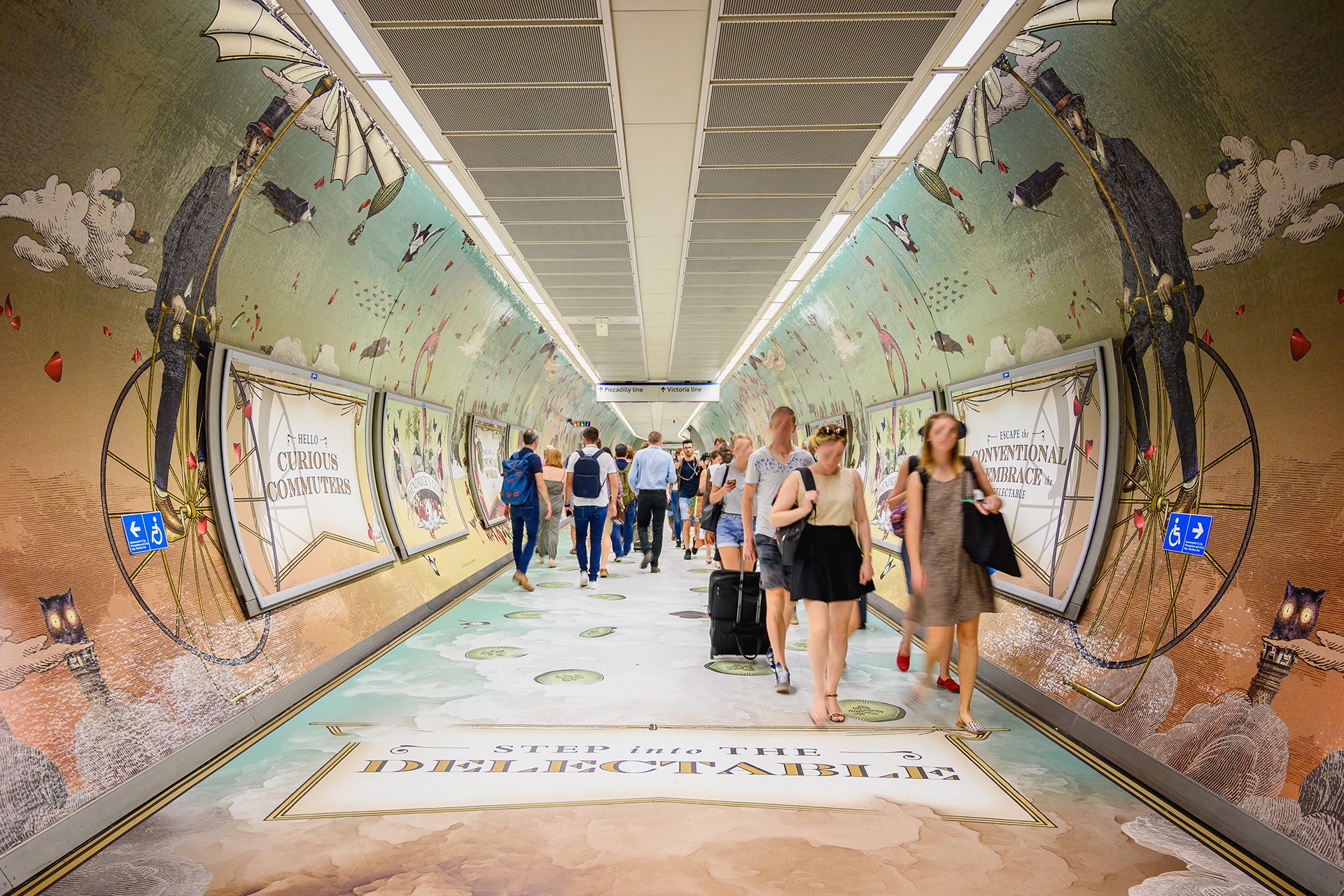 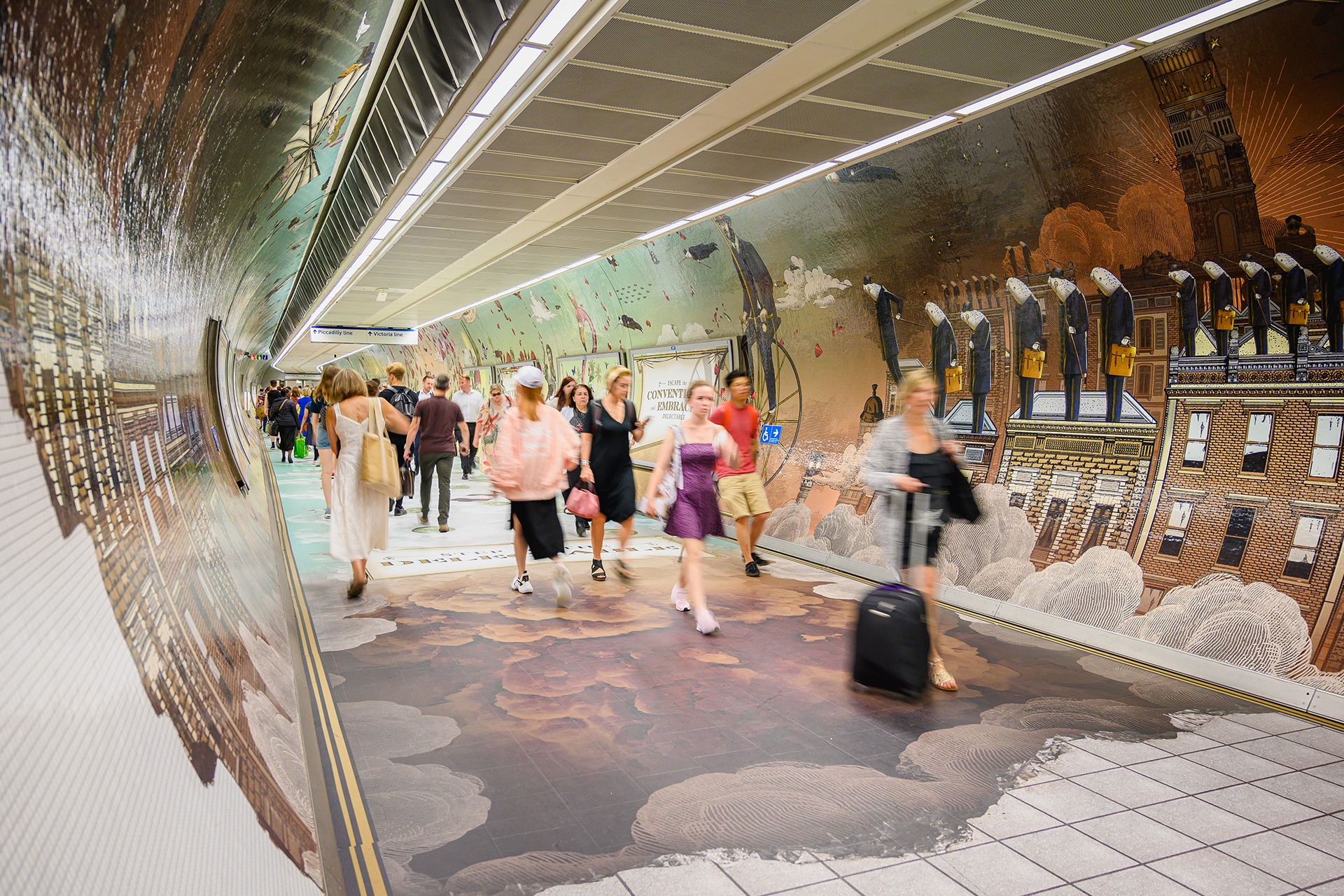 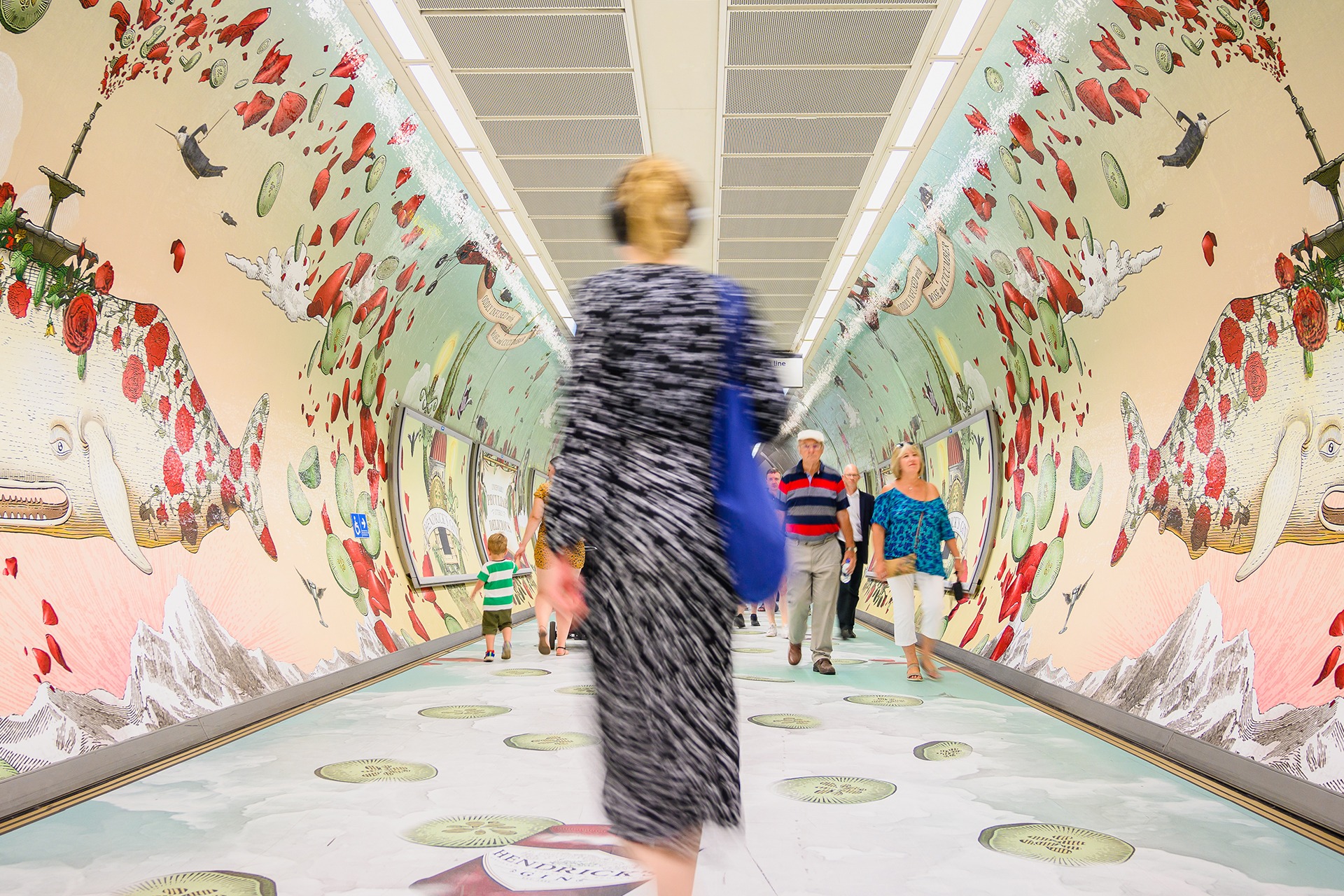 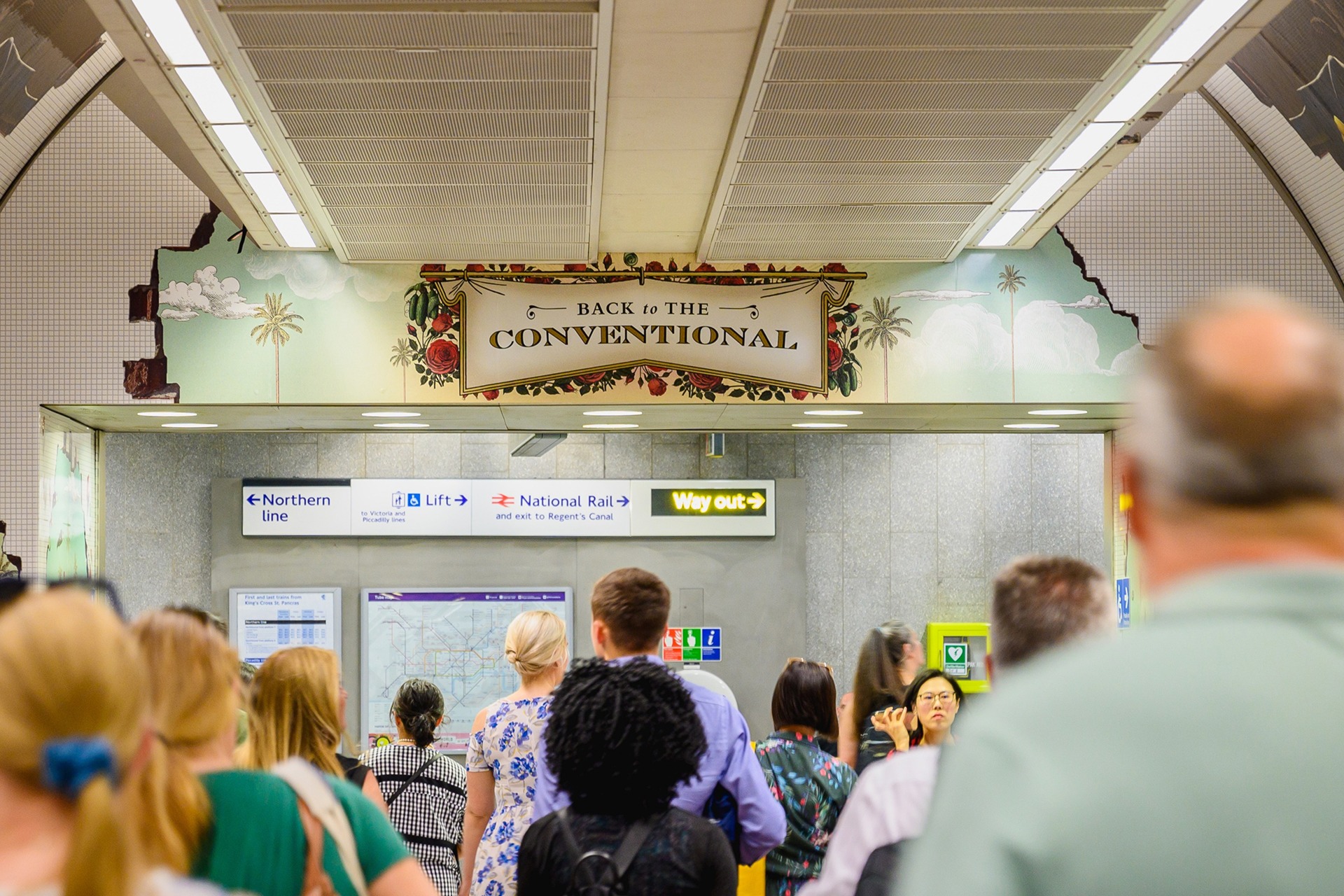 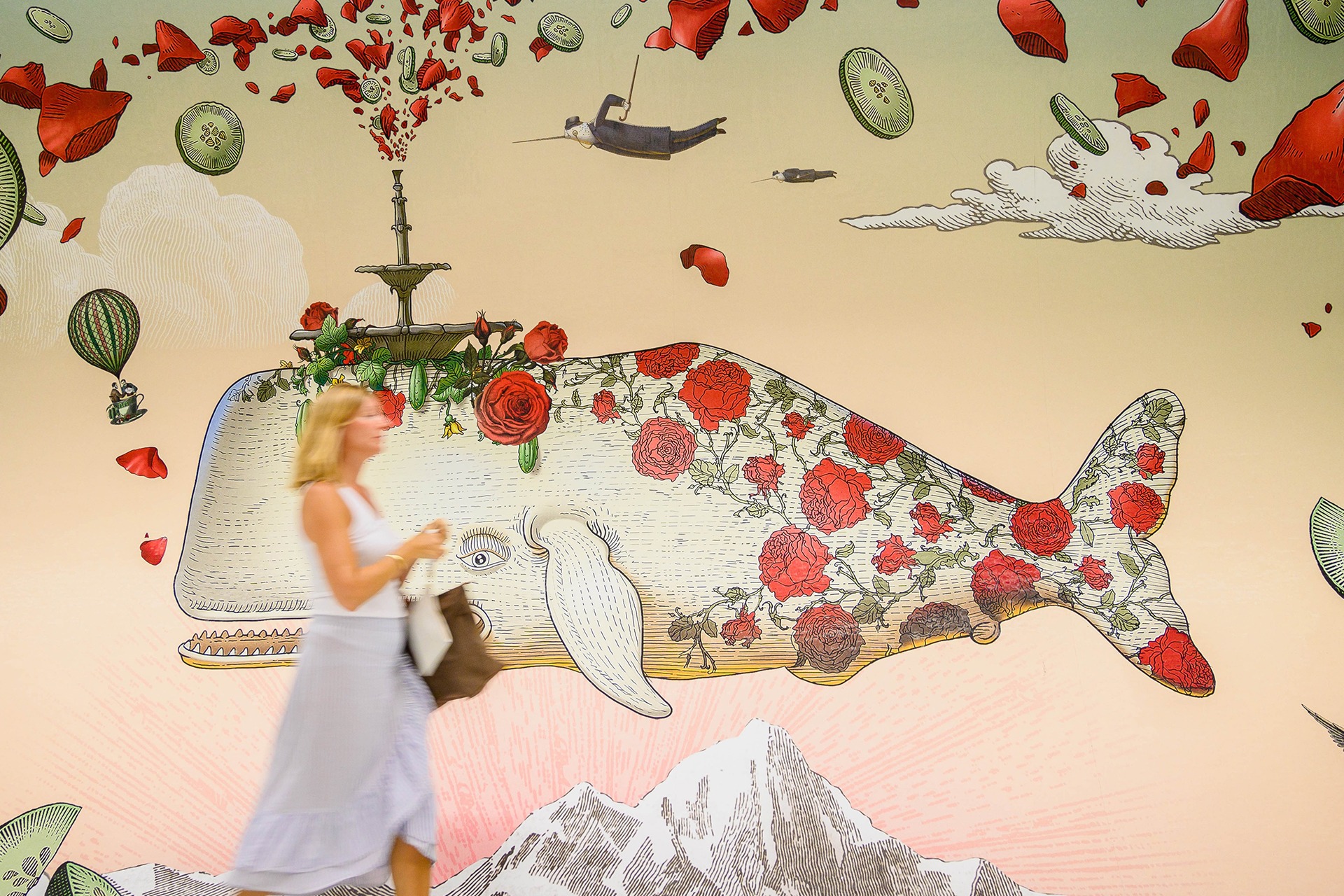