Rewriting the whisky rule book to recruit a new generation of drinkers worldwide.

Despite being the world’s most awarded single malt whisky and pioneer of the category, Glenfiddich global market share was static and it had slipped to become the No.2 brand.

It embarked upon a bold strategy to reassert its leadership by recruiting a new generation of drinkers with the introduction of a new range of innovative whiskies.

Glenfiddich Experimental Series, the result of collaborations with trailblazers from the whisky world and beyond, aimed to position the brand as a more accessible and exciting choice amongst drinkers previously alienated by the stuffy conventions associated with whisky.

Launching with Glenfiddich IPA Experiment, the world’s first single malt whisky finished in India Pale Ale (IPA) casks, and Glenfiddich Project XX, the result of marrying 20 casks into one exceptional whisky, the brand needed a global creative idea that that challenged traditional whisky communication conventions and that was as striking and bold as the liquids themselves.

The campaign idea, “Unlearn Whisky”, communicates the power of maverick thinking, a spirit which has embodied Glenfiddich’s approach to whisky making for over 130 years, and challenges drinkers’ preconceptions of the category by demonstrating how Glenfiddich is rewriting the whisky rulebook.

A thought provoking and highly arresting film, promoting Glenfiddich IPA Experiment, forms the centre piece of the campaign. It explores the extremes of human intellect through a series of scenarios including the first sparks of love, the carelessness with which we sometimes treat the planet and the positivity that results from fostering our curious nature. These vignettes eventually focus in on mastery and creativity, reflecting the guiding principle behind these new whiskies: only by mastering our art do we earn the right to truly experiment. The film’s stark imagery, bold visual style and intense rhythmic soundtrack were unlike any previous whisky advertising.

The film, cut to 60”, 30” and 15” lengths, was used across TV, cinema, digital and social with localised edits produced for the US, France and Taiwan markets.

The “Unlearn Whisky” film was ranked in the top 1% of the most distinctive ads ever tested by Millward Brown.

In keeping with the disruptive nature of these liquids and the global TVC, we devised similarly distinctive signature serves for these two whiskies, created serve films and produced a suite of bar materials including glassware and bottle glorifiers.

Following the successful introduction of these first two whiskies and the limited edition launch of Winter Storm (a single malt finished in ice wine casks), Glenfiddich released Fire & Cane as the fourth expression in the Experimental Series range.

Fire & Cane, a peated single malt finished in rum casks, combined both smoky and sweet flavours and this duality became the focus of its launch campaign. Drawing upon the visual language and TOV in the first Experimental Series communication, a series of distinctive assets for digital, social and OOH were created as well as a 20” TVC for the US market. 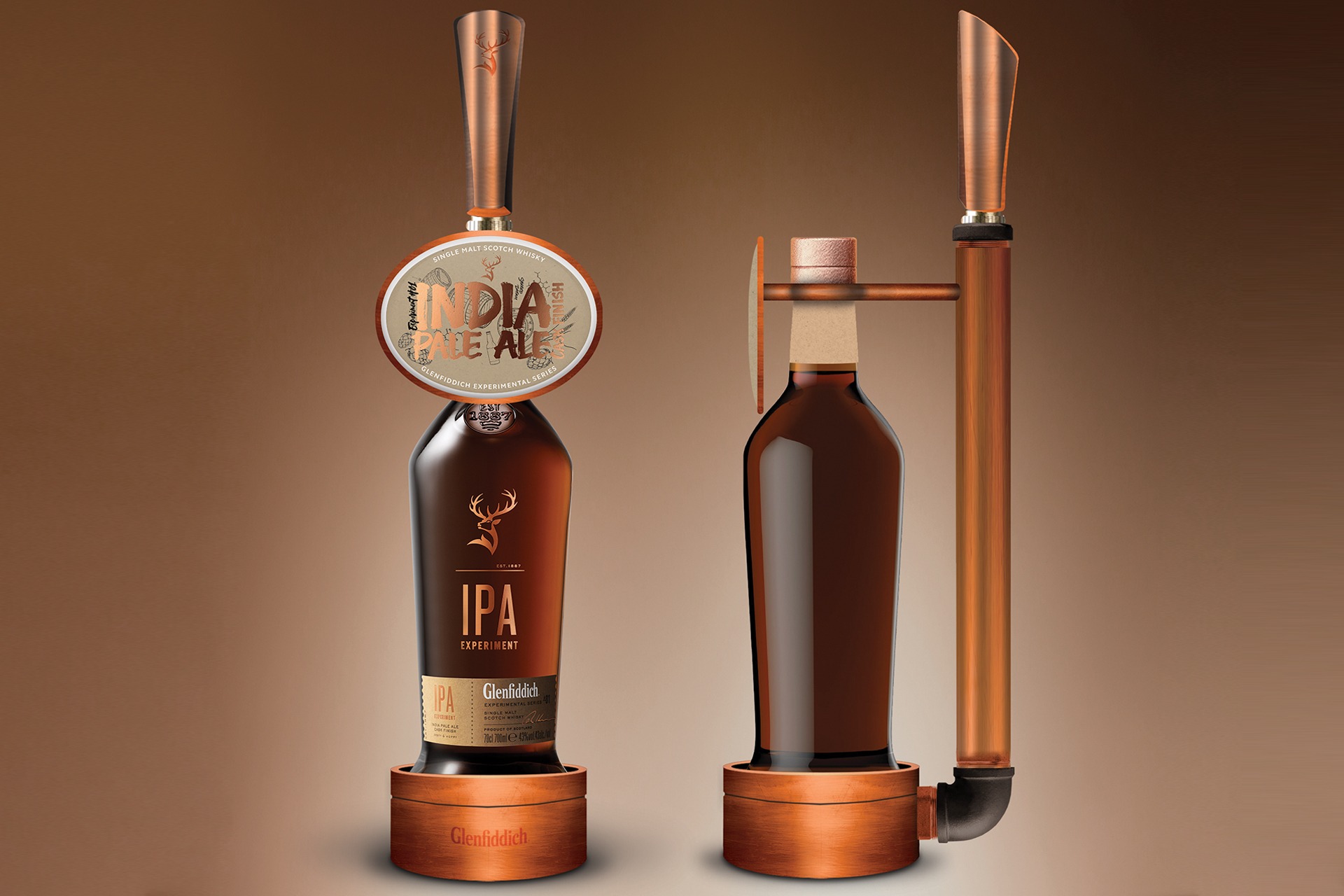 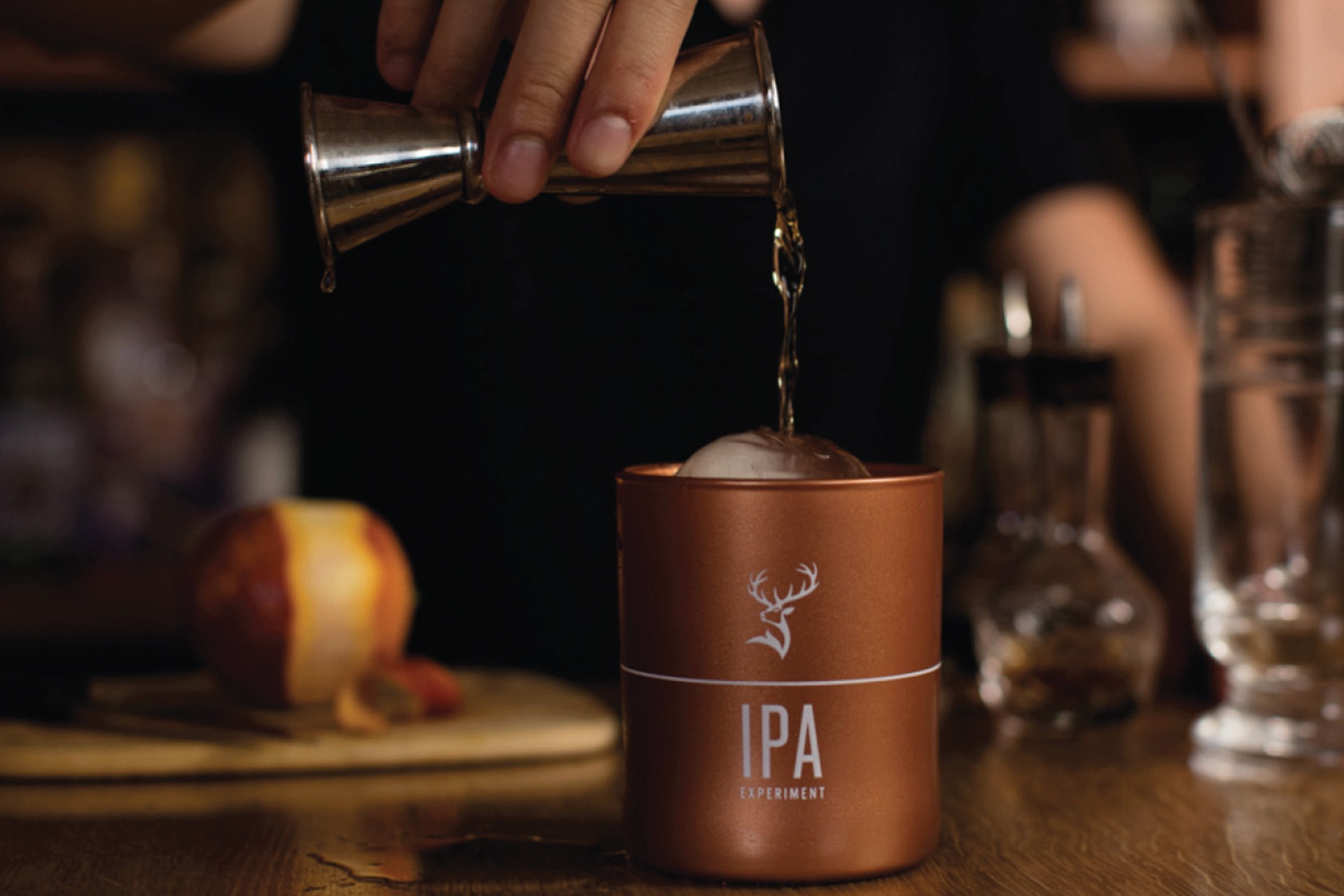 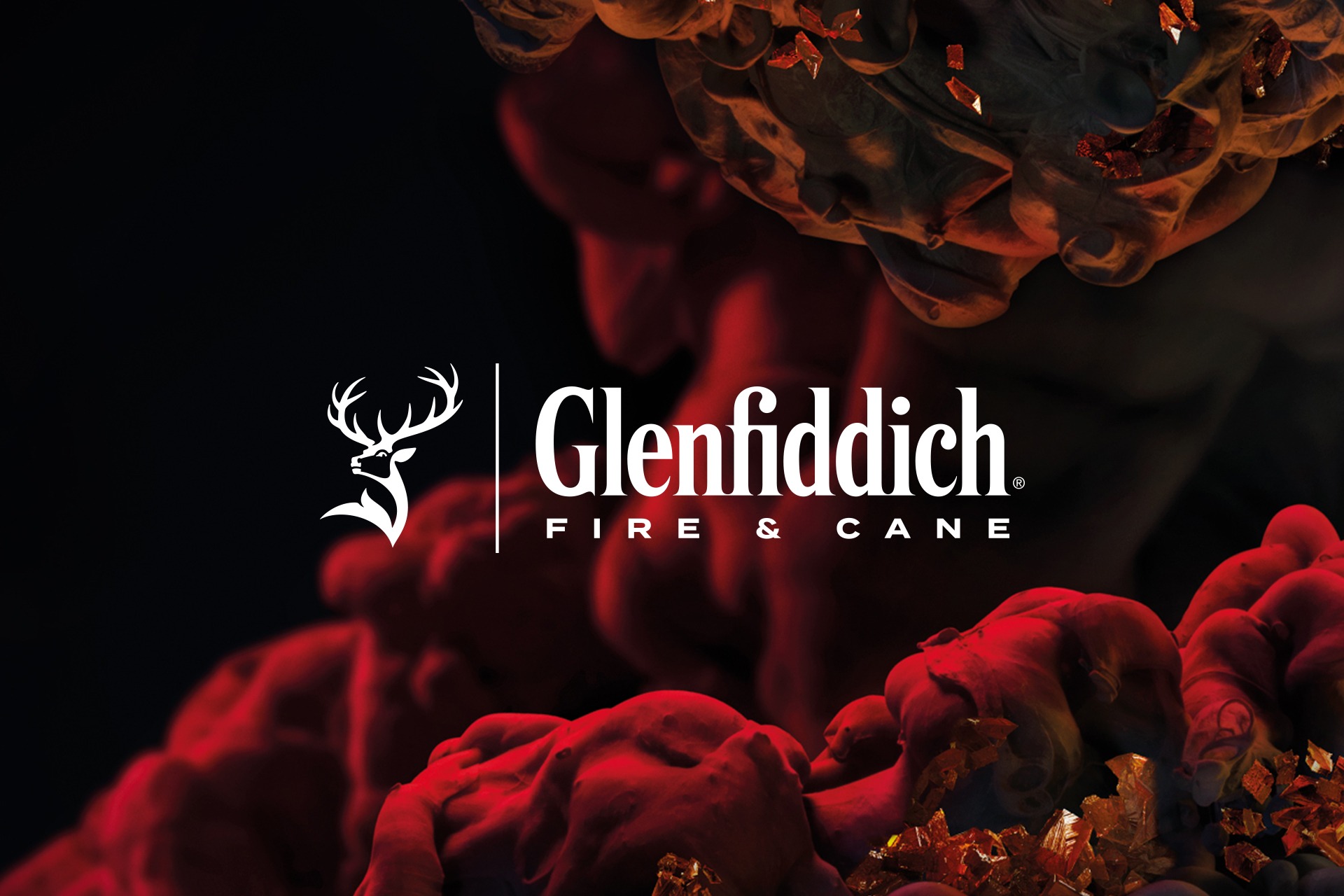 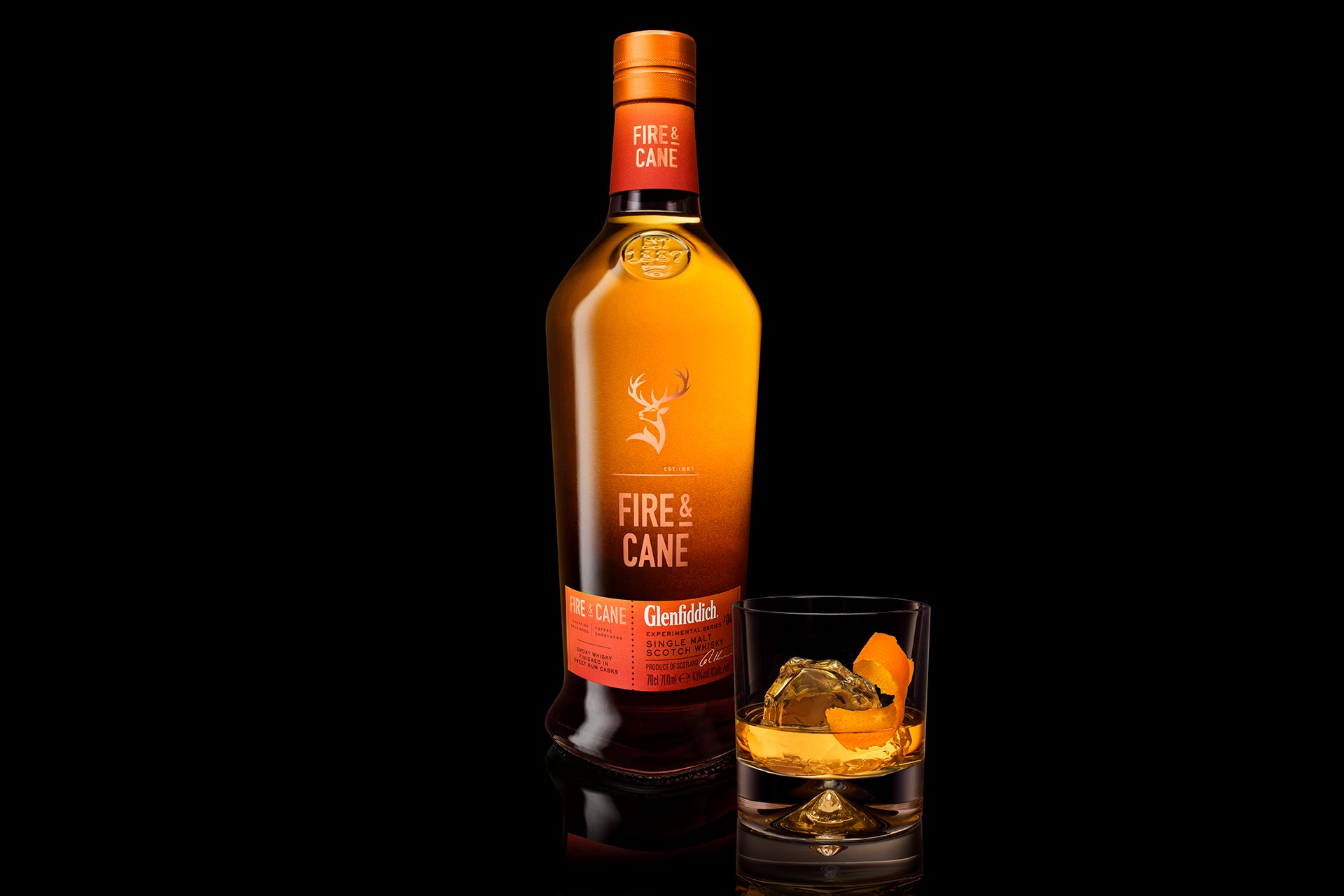 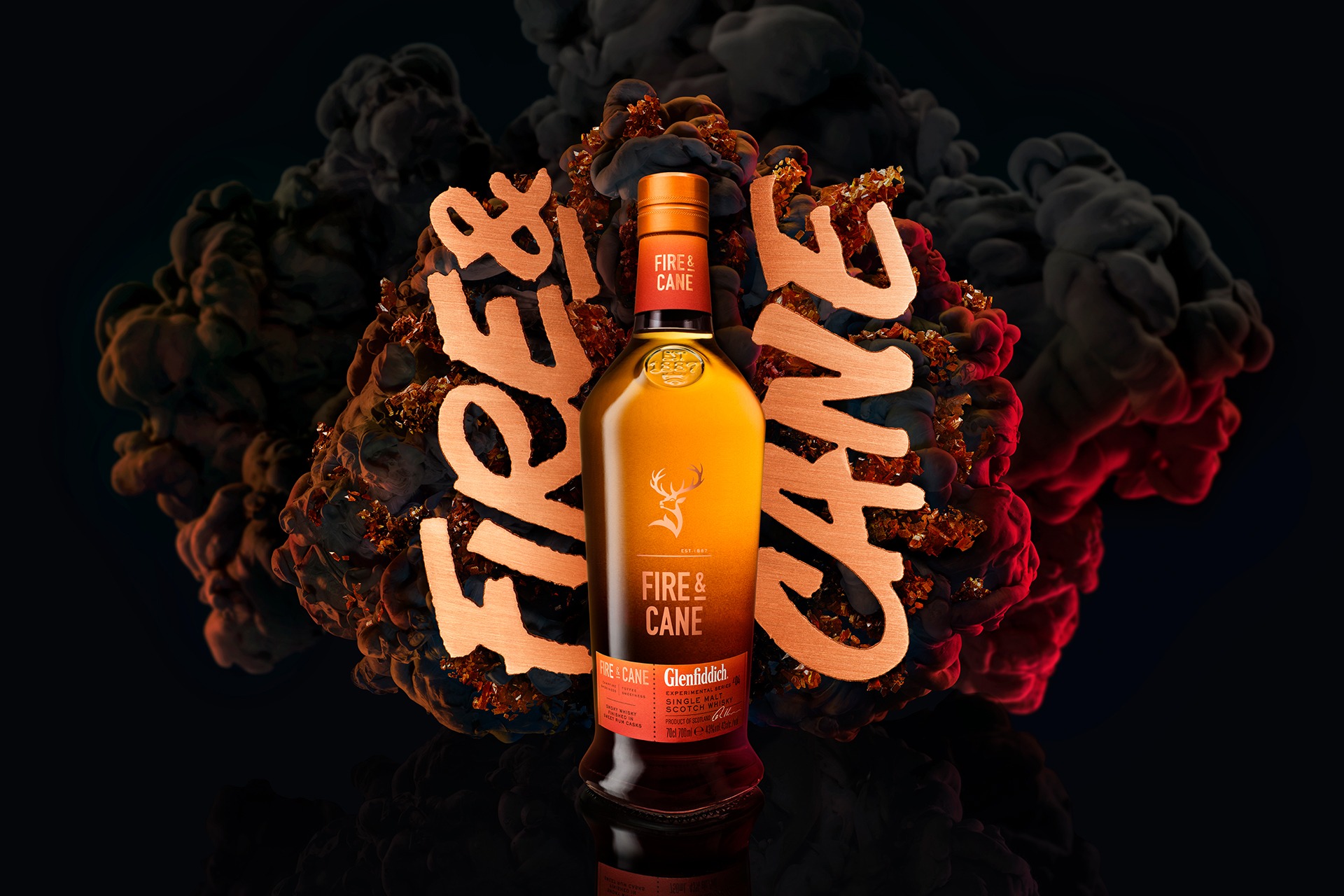 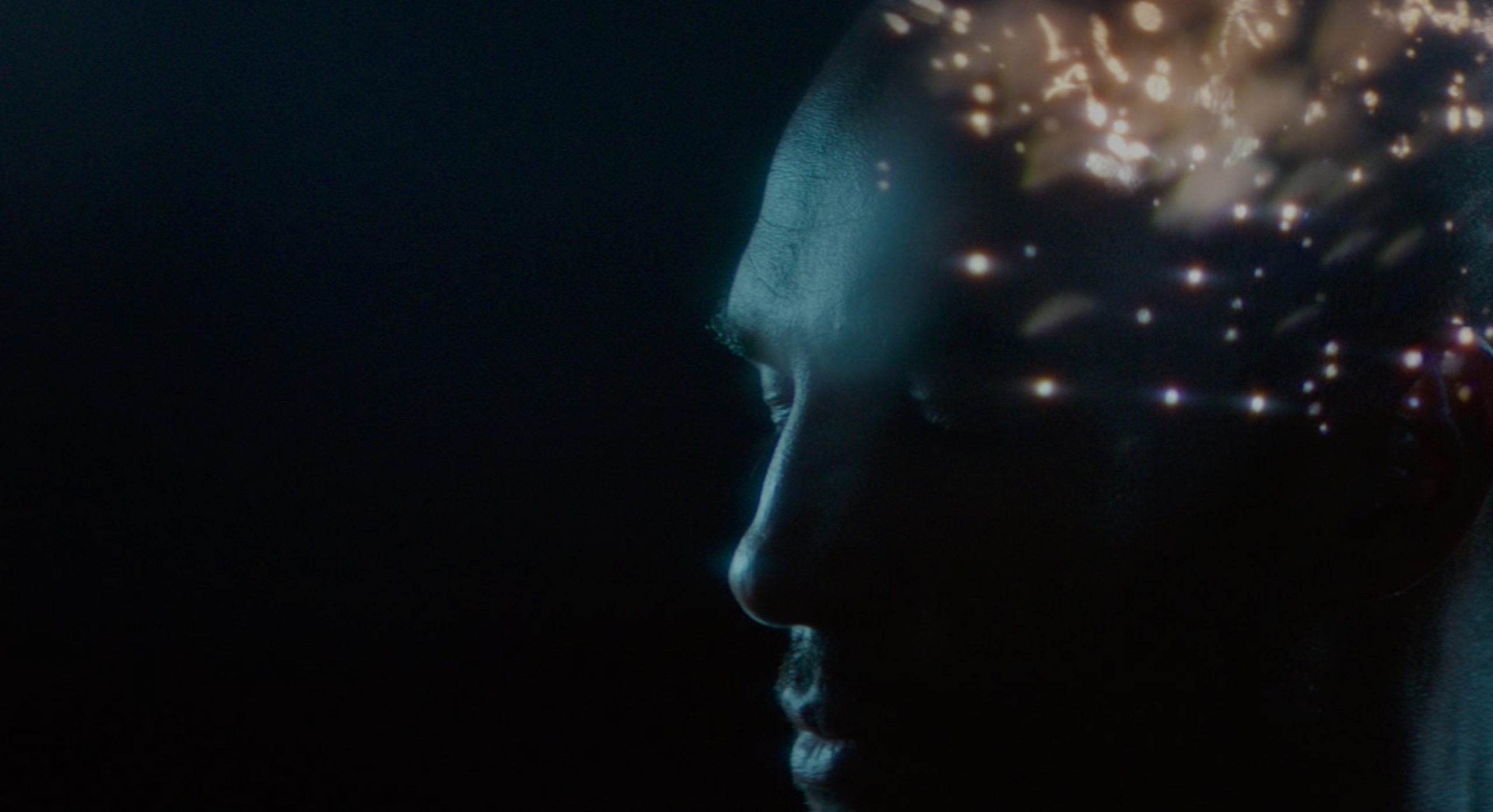 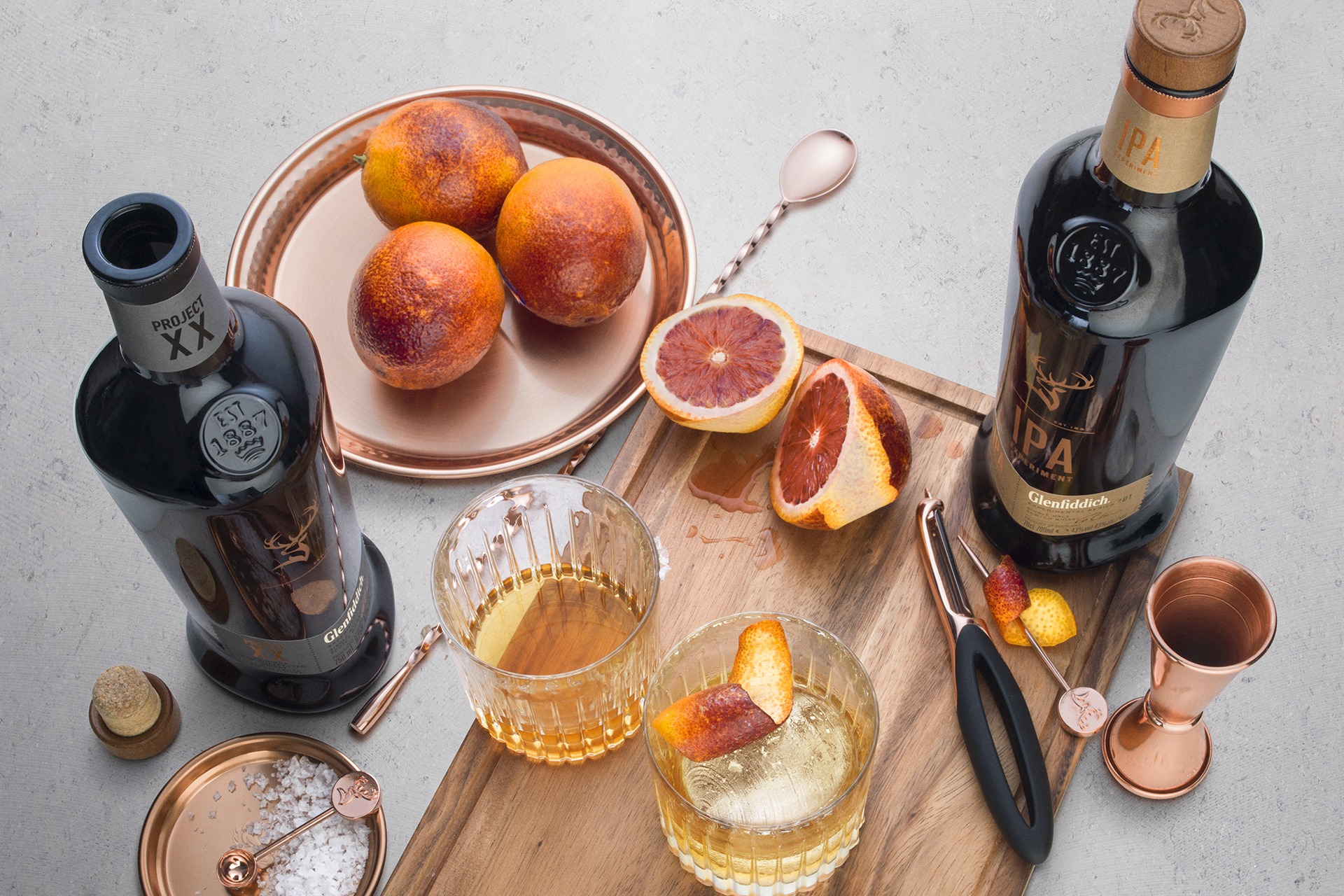 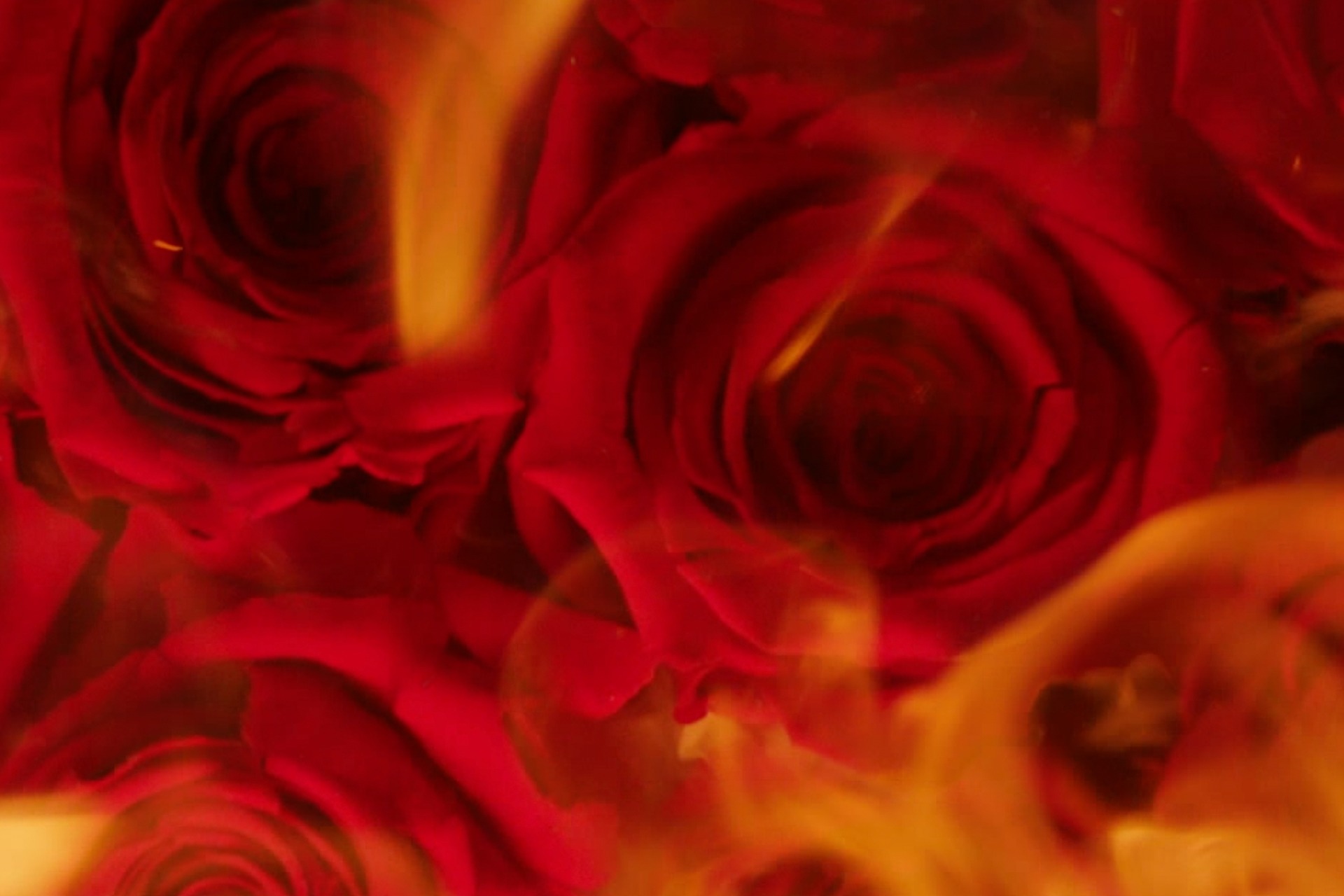 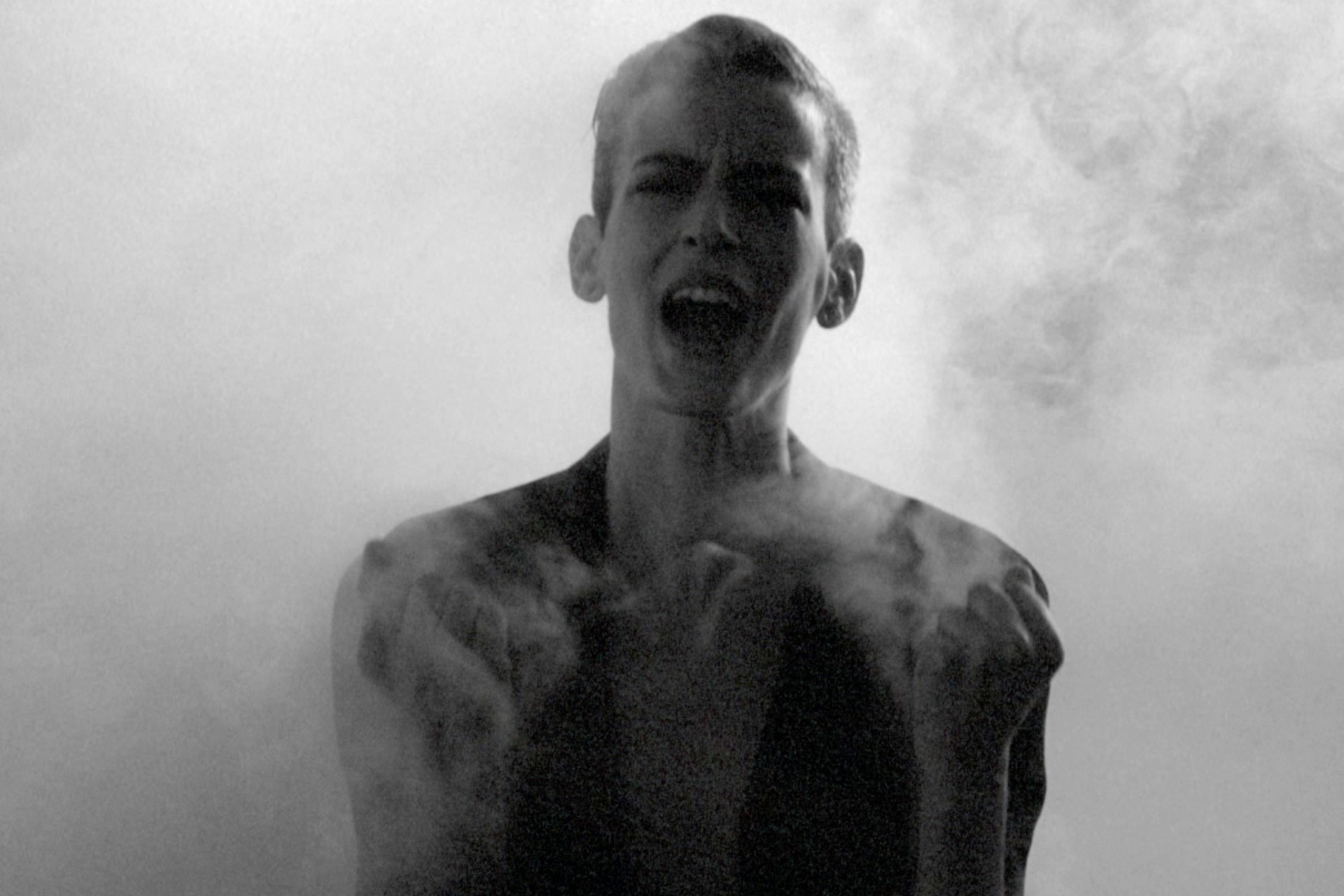 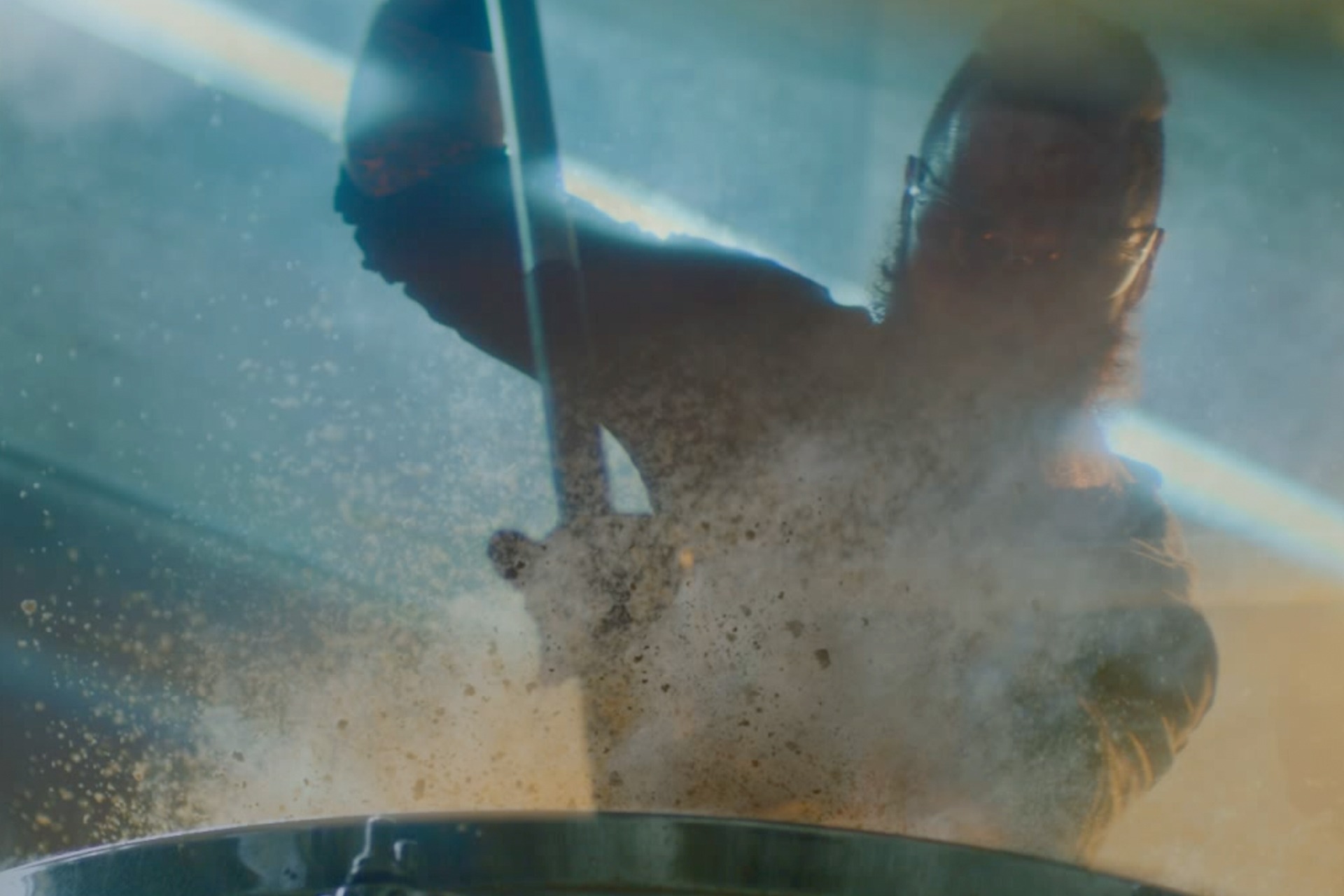 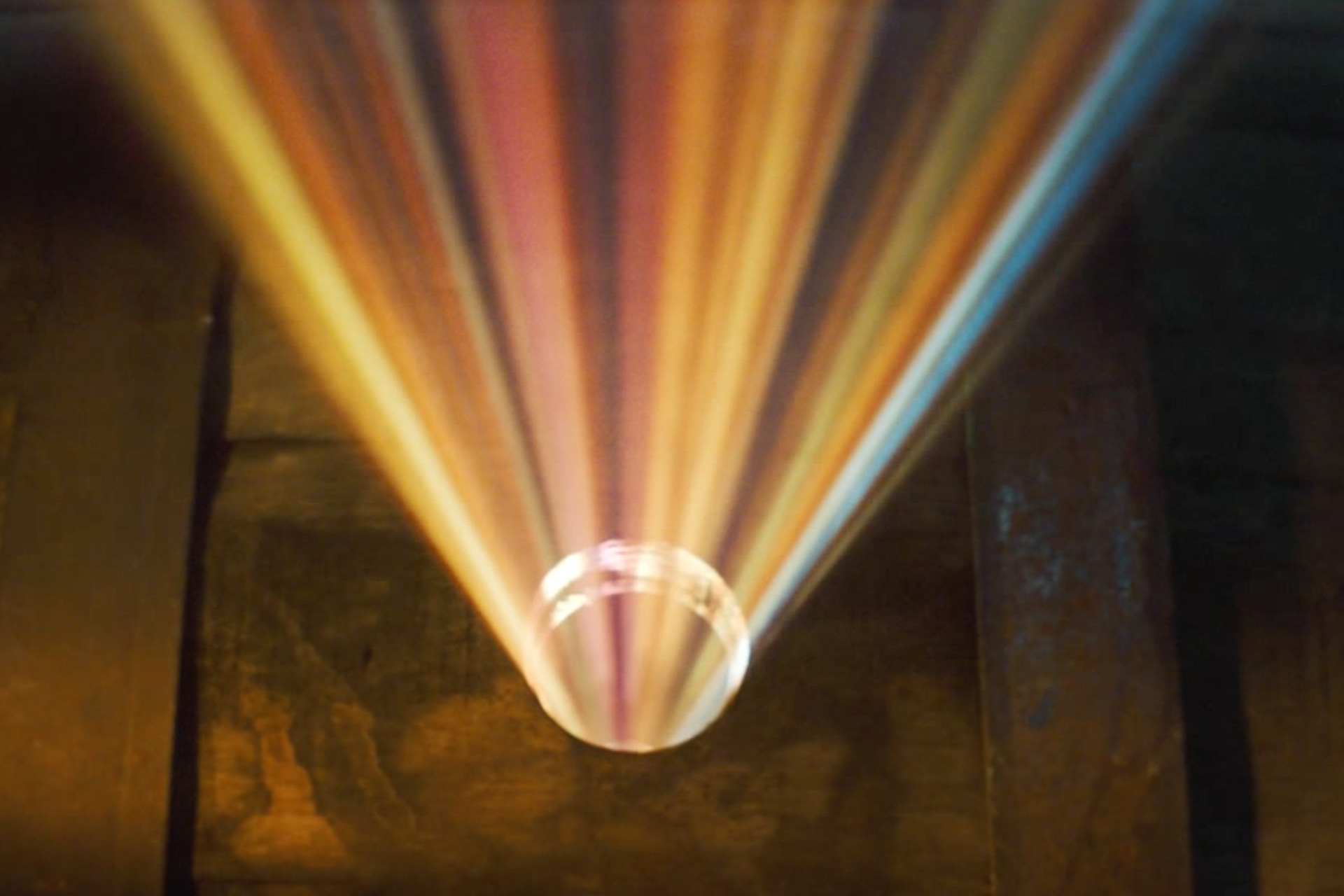 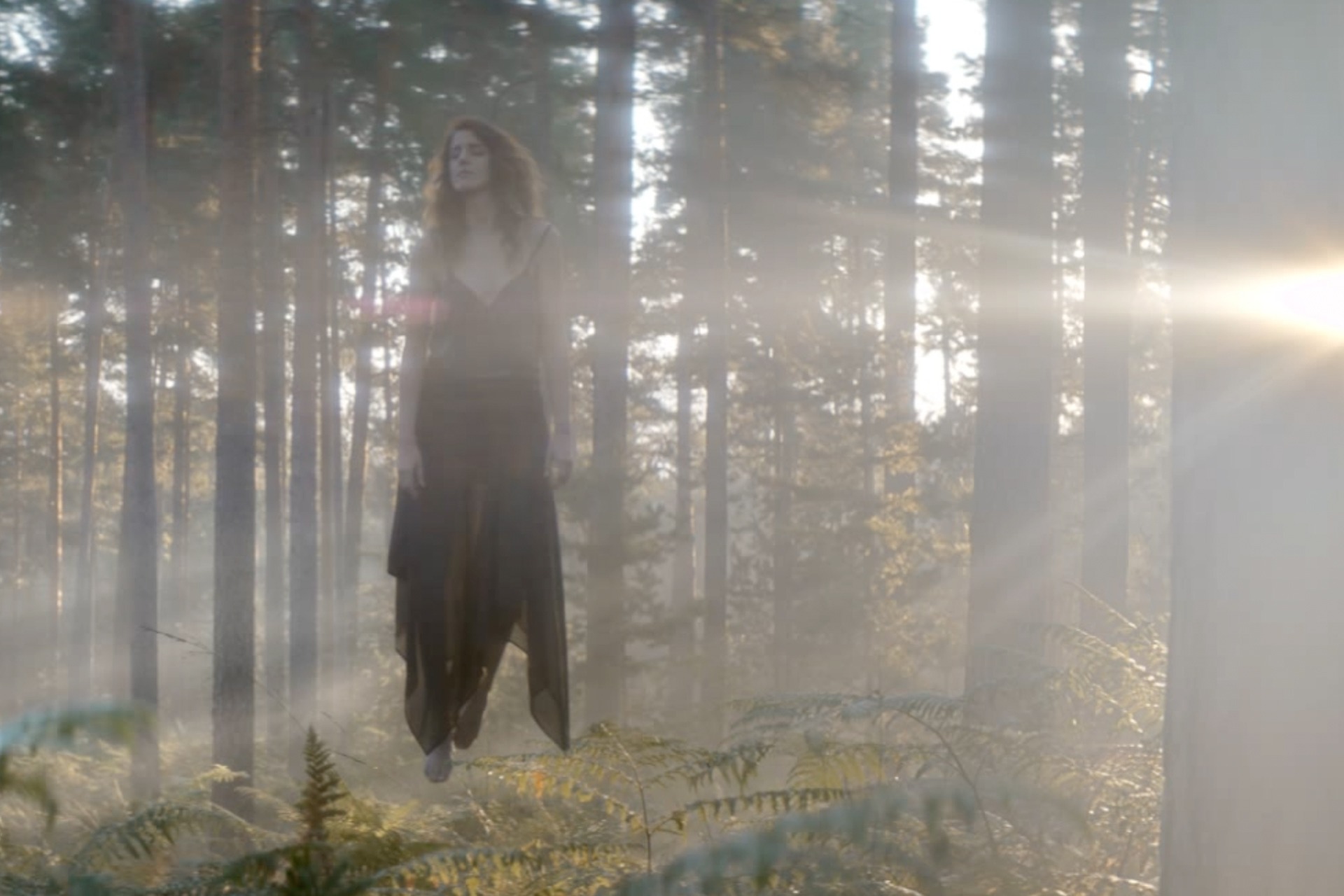 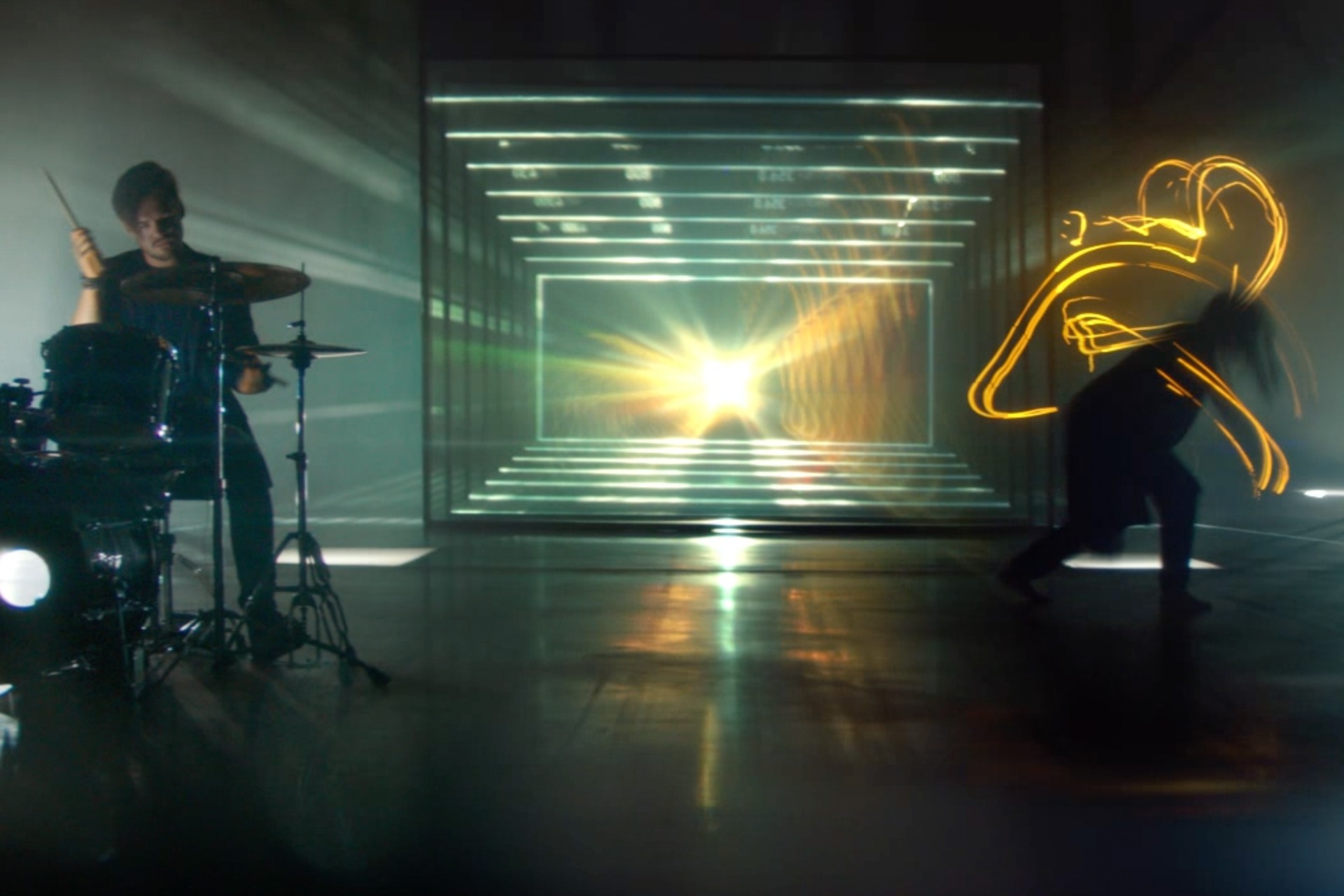